City of Suffering DLC Astropath bug along with others

Edit: I actually find the City of Suffering now, that all DLCs are in-game.  Sorry for saying it wasn't there while it was indeed there.  Just that I didn't realize it is not to be accessed from the astropath.

But still I would keep the inaccurate "bug report" I made just for ... um ... i don't know.  Afterall the "Seed of Corruption" is  not supposed to be released yet? I completed a run through but not getting a reward apart from the lootbox (but it is not supposed to be out yet right?).

Things are going great on my side so Thank You Neocore for the updated and look forward for the Season One Event.

Purchase the new DLC(s), along with other 3 dlcs, i.e. (City of Suffering, Faith Undone, Seeds of Corruption and the Monotask Servoskull).  Got them through the in-game store in PC, and noticed that the Seeds of Corruption DLC wasn't / isn't even on the Roadmap, I get it anyway.

In the command bridge I checked with these DLCs, The Monotask Servoskull is there but the City of Suffering is not showing up in the Astropath. I can make successful request and start the 2 other DLCs even though there is a statement saying "Needed DLC: Seeds of Corruption or Needed DLC: Faith Undone".  I made request with 3 of my charactors on these 2 and while the request successful, the debriefing of the 2 (that are not out yet) DLCs are the same 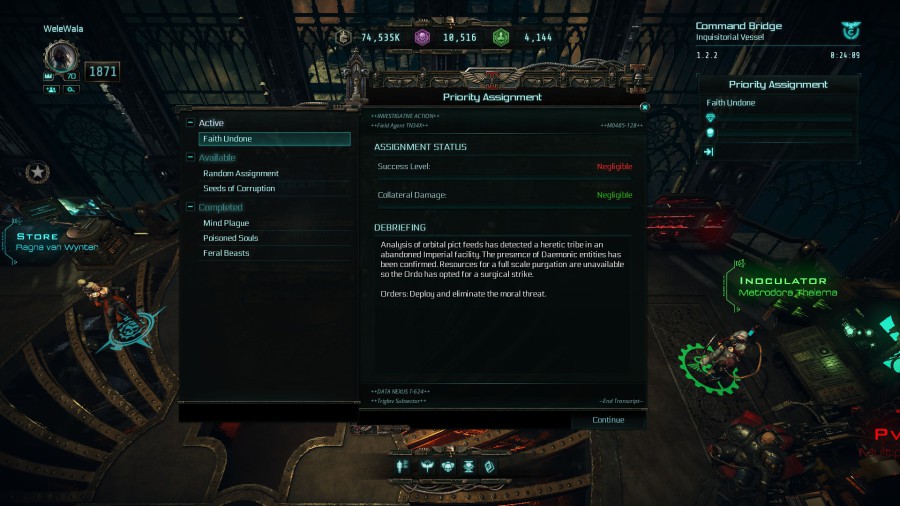 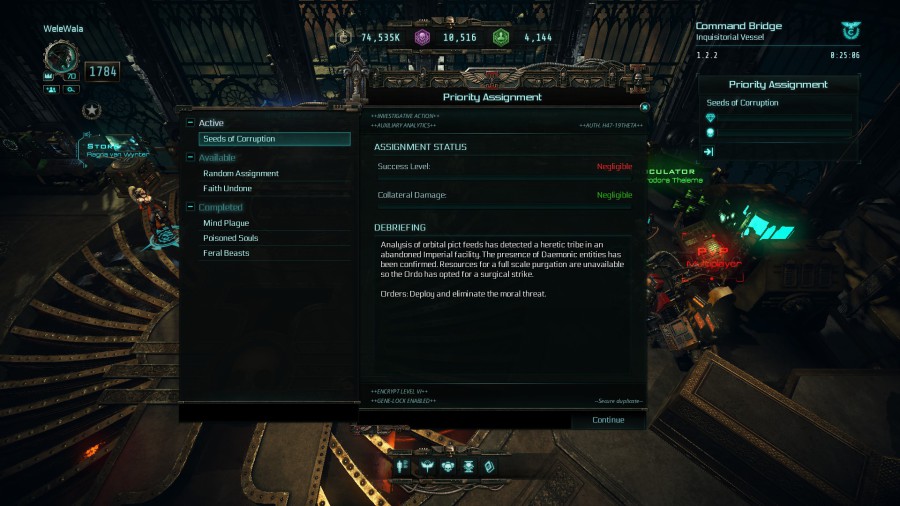 But I exit game and when I start the game there is the "Content Version Error" message that stop me from entering to my title page.

So I uninstall and reinstall the game and I can play the game again, while the bug still persist.  As I have started the missions I might as well go through them.  I don't mind my DLC mission progress being undone I would just run through it again.  Please fix the bug.

The above is not true as I stated at the top.

This post was edited 3 years 65 days ago by WeleWala
Comment
Store Page
Share
previous post back to community page next post
6 comments
Featured comment
Newest Oldest Best
Save This Order
Set this current order state as My default.
Order Save Options
City of Suffering DLC Astropath bug along with others
Your Thoughts? Please login to place your opinion. Not a member yet? Register here and now!
1
WeleWala
3 19
3 years 64 days ago
+1
1
Marcopolocs

Yep, will email / PM you if so happen that problem about these DLCs happens again.

Since you purchased the DLCs for ingame currency then we do not intend to remove them from your account. Hopefully you will enjoy both the new investigation and the footprint!

Which missions have you completed until now?
In case there will be any arising issues regarding these DLCs please drop us an email '[email protected]' or PM me on Discord! I will gladly assist you there: Marcopolocs#3450

Sorry, duplicated replies because  I can't add a "reply" tag to my comment I made a new one without knowing that I can't delete my own comments ... please remove my earlier duplicated comment (without reply tag) and this one as well.

Thanks for the fixes, this is how it looks like at my in game store 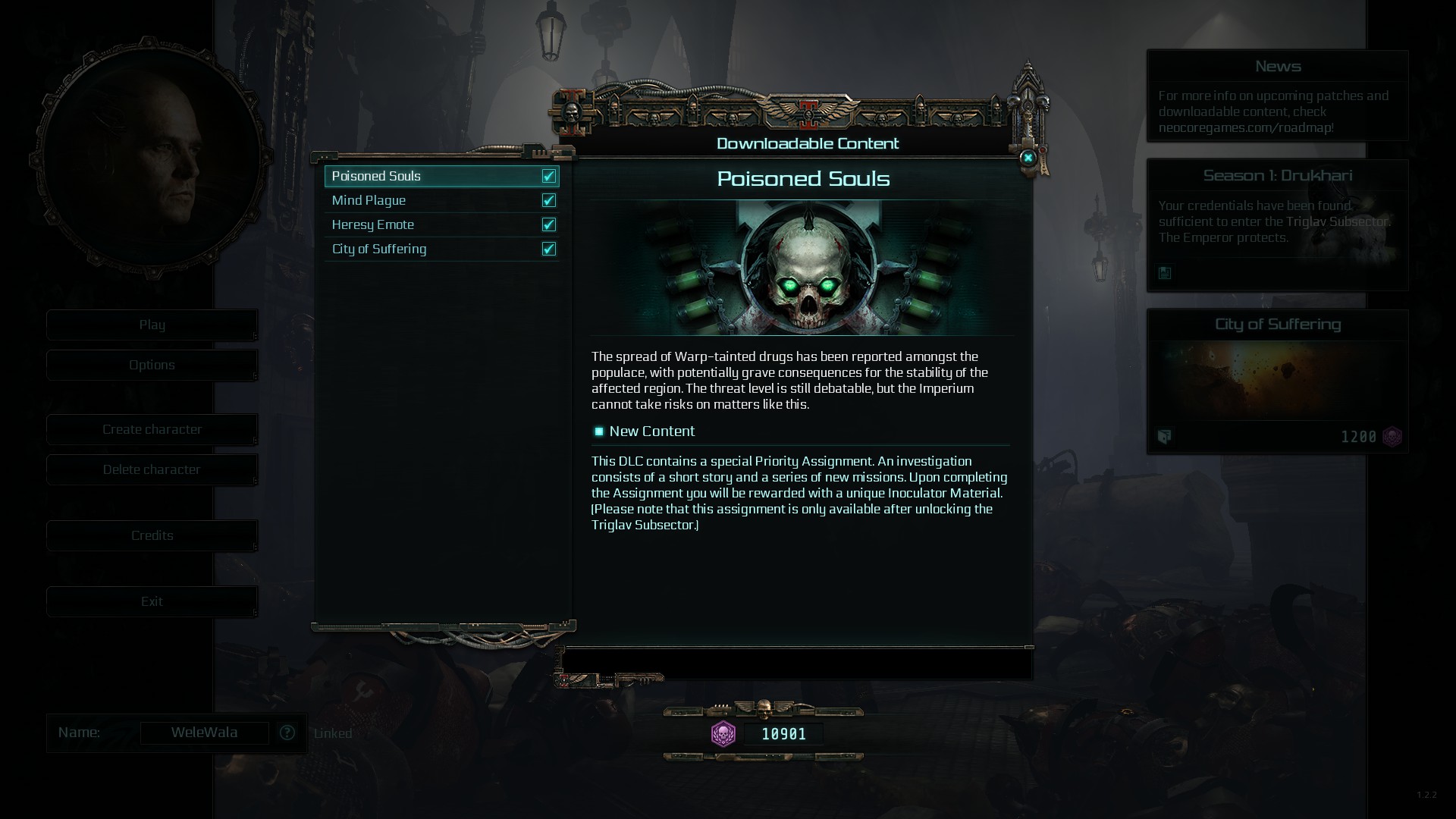 but the "Seeds of Corruption" is still there 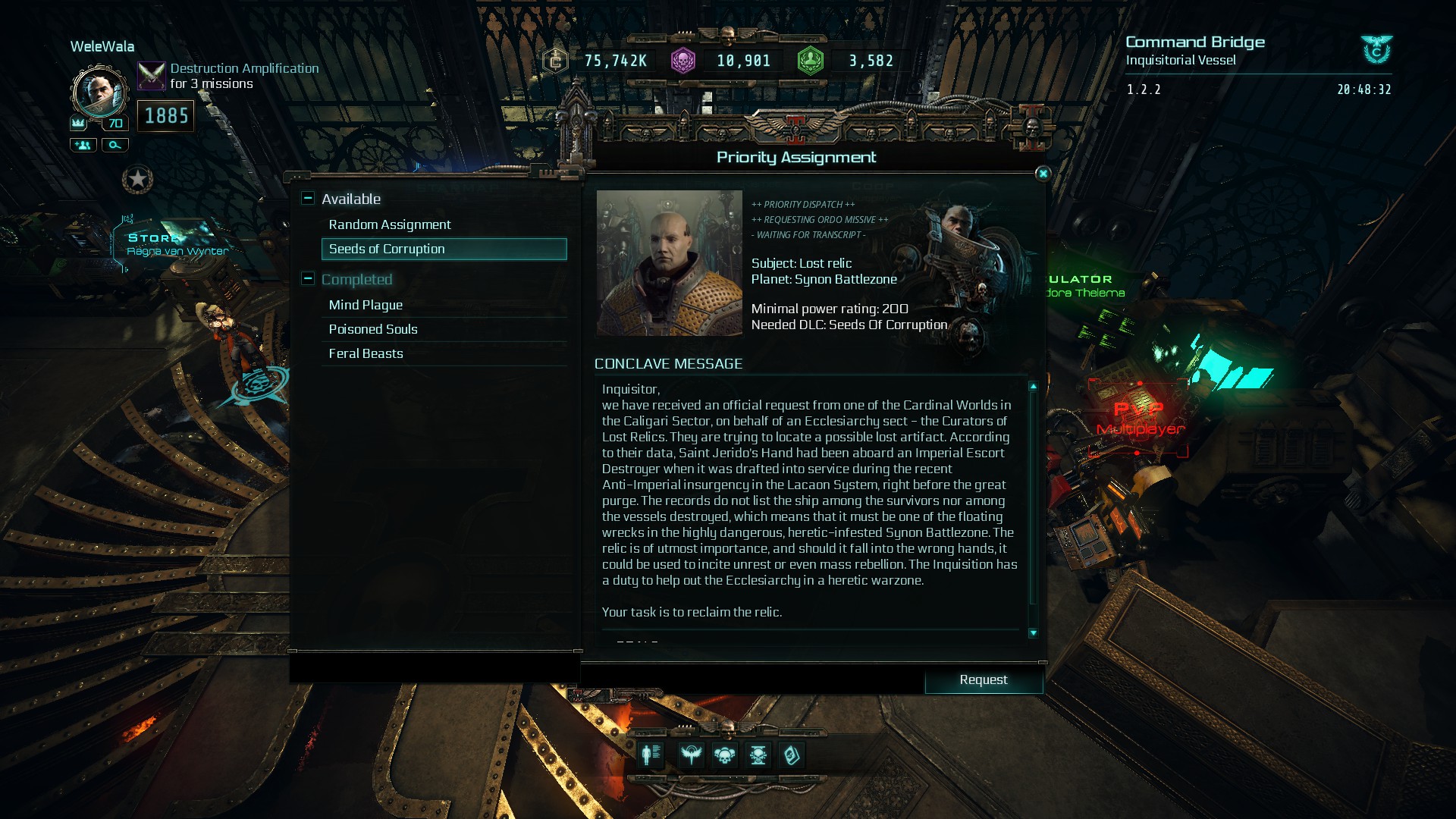 Also while the "Faith Undone" is removed, the reward remain selectable, also while the pet servoskull cannot be selected now, equipped servoskull is still floating around my charactor (you can see it in the screenshot near Captain Ragna).  I am not sure if that is intended, but of course I don't mind having it, I will be having it anyway when it would be officially released in the future. 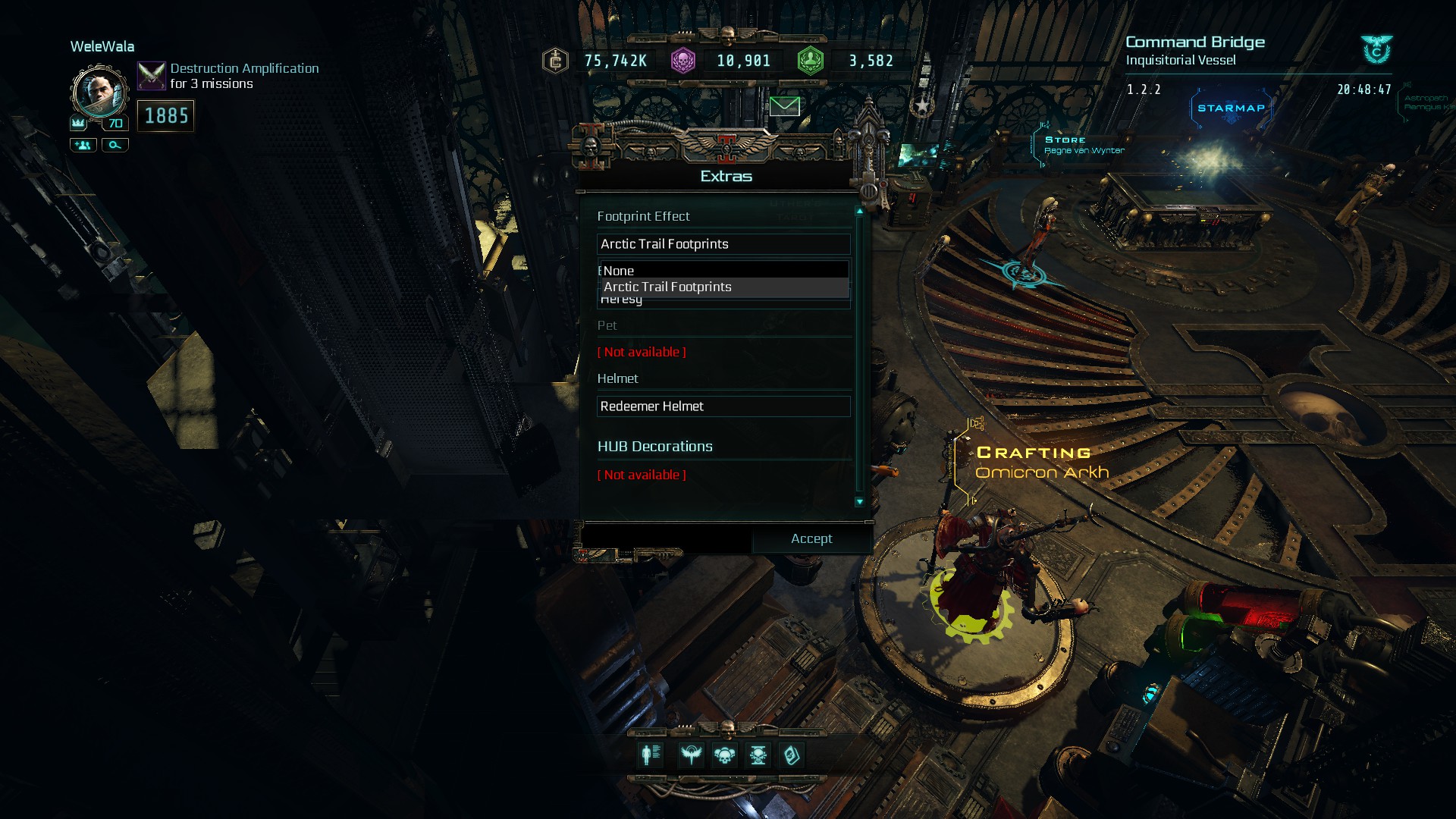 Lastly, as I have paid fate for the DLCs, is it just hidden for now that I don't need to pay again?  And the missions that I completed for some of my characters, would I need to do those again? (If I have to, can I?)  I just want a clarification, to know better about the situation of my account.  Thank you again for the update.

Godlike
Marcopolocs
61 5154
3 years 64 days ago
+0
0
Please check on it later on, we made some changes on our side. The mentioned DLCs are no longer visible.