World of Van Helsing: Deathtrap has received quite a few updates since launch, but with the relocation of the DevBlog / Forums into the New Community hub, some of these are hard to find.

Let's review what has changed, starting with the major Content Update with the brand new Minion Card feature and the fixes afterwards. 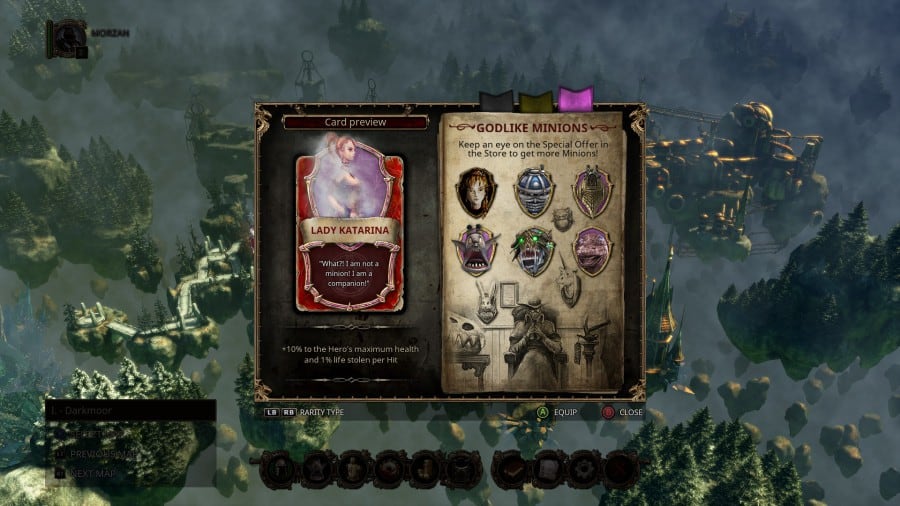 Fixed some other minor issues

Please let us know if there's anything we can do to improve the game even further!

This post was modified 5 years 42 days ago by Jim Fox
Comment
Store Page
Share
previous post back to community page next post
7 comments
Featured comment
Newest Oldest Best
Save This Order
Set this current order state as My default.
Order Save Options
Xbox One: Deathtrap - Latest Updates
Your Thoughts? Please login to place your opinion. Not a member yet? Register here and now!
1
Staff Member

Hi! Sorry for the late answare. So we investigated the problem, but unfortunately everything seems fine with this achievement. It poped up for my personal account too. But maybe there was some kind of error at the Xbox Live system when you reached the 500.000 ammount of gold and the Live system didn't get the information from the game to unlock the achievement. So we made some improvements in the code and we set the game to send the unlock information to the Live system repeatedly if you are having over 500.000 gold in your inventory.

The next Deathtrap update coming soon with a big-big surprise ;) and we hope that will fix your problem too.

Any update to this problem?

I'm having the same problem as JACKSONRR3,  Profit and Fun is stuck at 99% with 499,829 gold on the xbox one and just won't go up for unlock. Any suggestions?

My gamertag is OnexWIngxAngelx if that helps :)

This comment was edited 5 years 297 days ago by malachy greaney
1
jacksonrr3
0 3
5 years 328 days ago
+0
0
Darths
Sure! I was playing online in co-op mode and when the person I was playing with had unlocked the achievement, my "gold looted" counter stopped working at 99%. I am about 400 gold short and none of the ways to acquire gold will move the counter. If it helps, I have every other achievement unlocked and I have over 1 million gold in my inventory.
1
Staff Member

Can you describe your problem more precisely? Because Profit and fun achievement seems to us working fine! We tested it and unlocked and the pals at the trueachievements.com unlocked it also and nobody reported problem!

The 'Profit and fun' achievement is broken on Xbox One.