Skulls for the Skull Throne II:

Skulls for the Skull Throne!

Games Workshop video games on Steam unite for this Skull-themed sale and event, and NeocoreGames is proud to announce that Warhammer 40,000: Inquisitor - Martyr is participating as well!

During these days players can take part on a global event in the game in which you are collecting Skulls of the Innocent. By collecting 50 of these (dropped by a certain type of enemy), you will unlock a unique cosmetic item called Mask of the Martyrs for your character. Any character class can wear it, but it won't affect any stats. Because of this, you can keep the mask permanently (the character progress reset at launch won't affect this item). The global event will also have its own leaderboard.

Official description of the event:

The despicable traitors of the Black Legion are on an unholy rampage in the Caligari Sector, and this time they are not simply wreaking havoc on Imperial Worlds. The Hounds of Abaddon are indulging in an obscene challenge to find the most competent killer among their ranks. They are collecting skulls of Imperial subjects as trophies to prove their worth. We cannot let loyal servants of the Emperor suffer such a horrible fate. Hunt down as many of these Black Legion monstrosities as you can, seize and redeem their dark trophies - the Skulls of the Innocent.

And behold, the item in question, the Mask of the Martyrs looks like this: 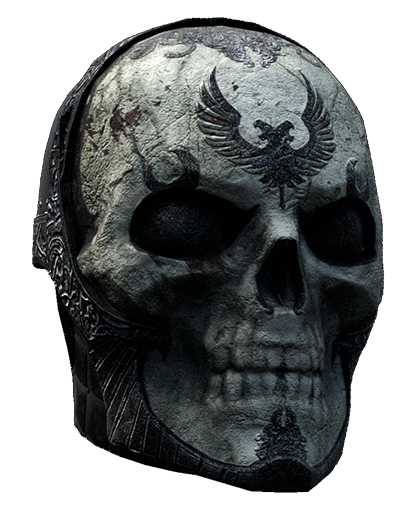 The event launches with a new patch and if you buy Warhammer 40,000: Inquisitor - Martyr during the event, you'll get 10% off the full price! The promotion will end on the 4th of June.

The full game will be released on June 5th, 2018 on Steam, until then, collect the Skulls to claim your Mask of the Martyrs, or follow the official Skulls for the Skull Throne event Stream on Twitch!

This post was modified 4 years 247 days ago by Morzan
Comment
Store Page
Share
previous post back to community page next post
23 comments
Featured comment
Newest Oldest Best
Save This Order
Set this current order state as My default.
Order Save Options
Skulls for the Skull Throne II: Event, Unique Item and 10% off!
Your Thoughts? Please login to place your opinion. Not a member yet? Register here and now!
1
Beelz666
0 2
4 years 244 days ago
+0
0
Posted by Noctes 4 years 245 days ago
Dang.

On your ship's bridge to the left is a station called "extra's" where  you can selelct the mask!

Would have been nice to write that down somewhere in the event description ;P

On your ship's bridge to the left is a station called "extra's" where  you can selelct the mask!

Would have been nice to write that down somewhere in the event description ;P

Now that it is all over i'll just leave this here for you all, Good Hunting to all. 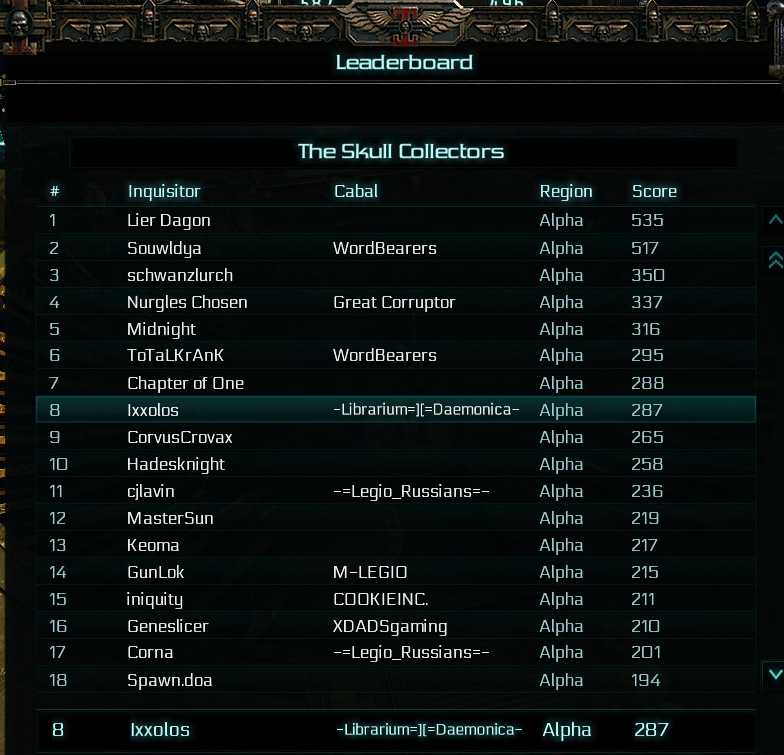 The new, extended deadline of the skull collecting event is Tuesday, 5PM CET (8AM Pacific Time).

I relly love the game its a lot of fun and ive been here since day 1.

1
Brattak
1 14
4 years 251 days ago
+0
0
You just said it yourself, this is Games Workshop's call, they said the event is this weekend and then it is set. Maybe Neocore could have decided to either join in or leave it be, but I could imagine, that Games Workshop told them to join in on the event. To boost preorders for example.

Hopefully we can take over the cosmetic item to the release version, that way the whole event is a nice gimmick for all the founders directly before the release.

1
Brother Kundari
20 597
4 years 251 days ago
+0
0
Having an event like this in itself is not a bad idea and it is a fun thing to actually have something like this once in a while.

I know it is this weekend of Warhammer and hosted by Games Workshop themselves and all, and it was an event like this last year too. And it is fun in itself too.

But having this kind of event in a game that is not yet officially released and still in early access is a kinda bummer. No problem for all of us who is actually able to play this game right here and right now perhaps on PC, even though the game is still in EA.

#1: You are having this kind of event in an Early Access game which is only gonna be released on PC (as of now) just around the corner.

#2: People who would also like to have this item, but which have chosen they actually want to play your game on Consoles, will NOT be able to get this item at all. Well, maybe that is.

Wouldn´t it be better off having this kind of event for THIS specific game when all the platforms is actually released?!

You know? You have actually just shot yourselves in the foots. Again. Yes, sorry to say, but it is the truth.

1st Shot: Having an event ONLY available & attainable on the PC Version.

2nd Shot: Having said for a long time the game is going to be released on ALL platforms simultaneously, which is now suddenly not the case any longer.

Like it or not, its a bit unfortunate timing with such an event(right "before" release) but well i guess they cant decide when GW is doing such events.

And the Fact that they participate in such in event is very cool. I hope we wil lget mroe of those events in the future

4 days before launch and a COMPLETE WIPE and you release this? will the progress be saved? if you get the reward will it be carried over?

Because if not whats the point in this task?

Will this event (item in question) be only available before release? Just not wanting to spend more time on stats that are going to be reset than necessary???

an applause!! hoping there will be other events in the future