Viridian VC, secret mission - there is quite an annoying issue with this mission. Unless you have some kind of general on-demand explode skill, or a bag full of grenades, you can't access the teleport to the secret room. And since this purge missions seems to be counting mobs in the secret room towards the mission requirement, it's a wee bit complicated for TA and other poor sods stupid enough to not roll a psyker or crusader for their seasonal character to actually finish the mission.

I get it, Neocore devs design this game for psykers and crusaders. We all know that as long as psykers can blast through a mission, everything is fine in the devs' view.

But it would be nice for the devs to occasionally test the game with other classes as well, not just psykers and crusaders - if only to figure out whether you can, you know, actually finish missions with all the classes and weapons in the game... 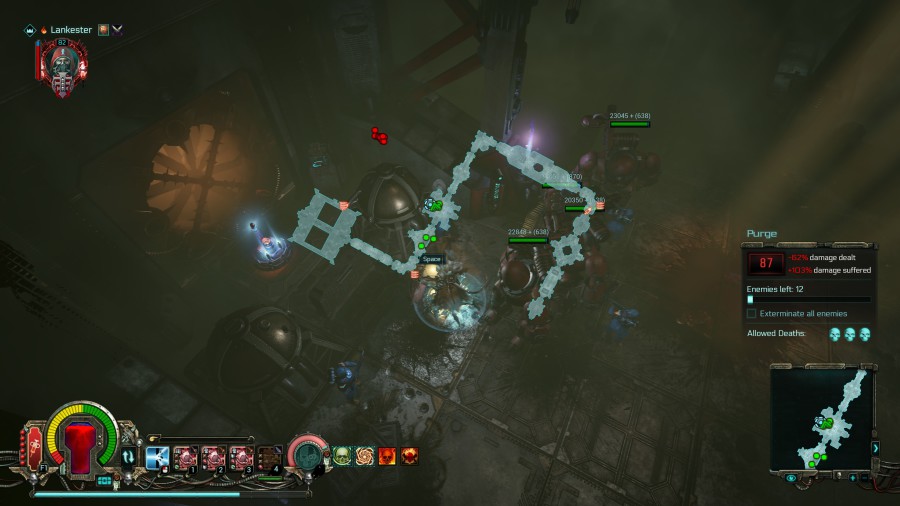 Edit: ah, sorry - the mission is actually the bonus mission in the top-right corner, not the secret mission.

This post was edited 63 days ago by Lankester
Comment
Store Page
Share
previous post back to community page next post
3 comments
Featured comment
Newest Oldest Best
Save This Order
Set this current order state as My default.
Order Save Options
Viridian VC secret room inaccessible
Your Thoughts? Please login to place your opinion. Not a member yet? Register here and now!
1
Lankester
11 42
51 days ago
+0
0
NargothTheGrim
I tried that. I actually tried shift, alt, ctrl - just in case... None of them worked. In the end one of the mobs dropped a radium carbine beta and I was able to shoot the obstacles. They exploded, but in the end it didn't help either. That invisible thingy that Marcopolocs mentioned was stopping me from getting there.
1
NargothTheGrim
4 15
51 days ago
+0
0
Are you aware that you can just target the barricade? Shift + lclick to target destructible objects. You can destroy it with any weapon even single target ones.
1
Staff Member

Godlike
Marcopolocs
25 3938
58 days ago
+0
0
There was an invisible obstacle there which was not intentional. We removed it on our end and changes will get implemented with the next patch. Sorry for the trouble.