We've come a long way since finishing The Incredible Adventures of Van Helsing trilogy. Since then, our in-house engine has seen a lot of improvements- We not only had to adapt to newer technologies, but we also wanted to improve the way the visuals serve the game itself.

With Warhammer 40,000: Inquisitor - Martyr we had numerous challenges: this game warranted a new approach in contrast to the fast-paced, almost cartoonish way most ARPGs are presented: we wanted to create a darker atmosphere, a more weighty, realistic combat, while still retaining the action-heavy, bloody combat.

See how our engine has developed throughout the development of the game to make this possible: 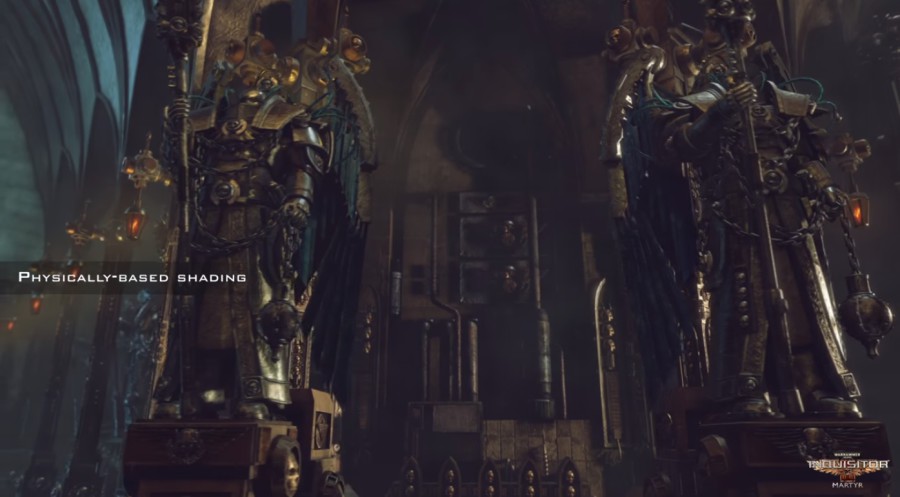 We have switched to a heavily modified shader system (Physically Based Rendering) to accurately model the way light works on different surfaces. We also use a blend of lightmap and dynamic lighting to create an unsettling atmosphere when traversing dark hallways, peering into pitch-black corners with the Inquisitor's spotlight: this enhances the grimdark, tense, almost horror-like quality of moments when you discover daemons lurking in the shadows.

Inquisitor - Martyr uses much more realistic physics than our previos games, such as destructible and deformable set pieces (projectiles actually create sphere-shaped indentations, damage effects have volume instead of just a surface), falling, exploding, tearing off limbs. All these work dynamically and with weight, thanks to realistic physics calculations, which take the strength of the hits into considerations. Destruction contributes in a huge part to gameplay as well: fragile covers offer only temporary protection.

Characters can strike a target or aim their weapons while moving in the opposing direction, Inquisitors can stand still while checking out their environment with their spotlight... with the help of inverse kinematics we can create more realistic, grounded character movement and versatile combat situations. 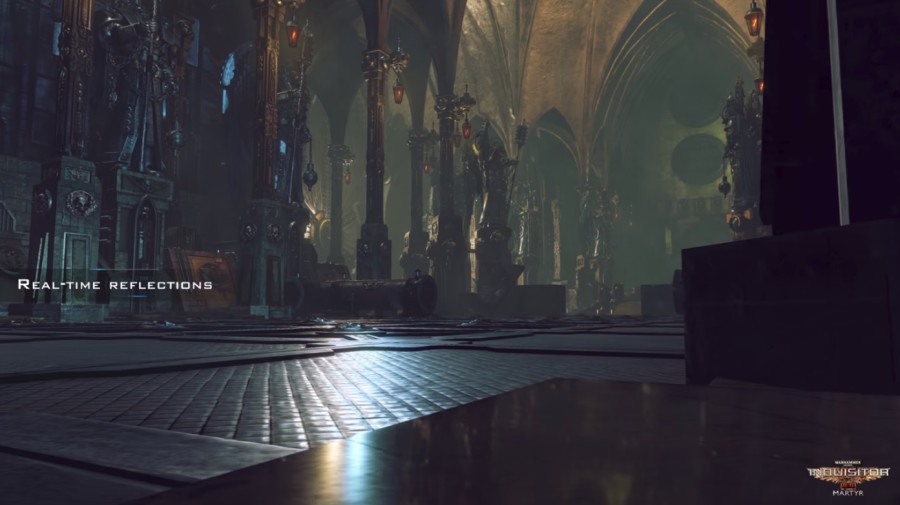 Different materials are handled differently in the engine: organic materials, such as skin stretch and deform, but rigid pieces (such as heavy armor) follow only the animation of the bone-strucure of characters. Different death animations are presented with different special shaders (such as plasma disintegration), and limbs that were torn off by an explosion have their own blood trail. Light scatters on different materials differently, but the engine uses real-time reflections.

So, these are the major ways our engine has evolved to serve Warhammer 40,000: Inquisitor - Martyr's different needs in terms of presentation.

Which visual feature do you like the most? Do the graphics convey the feeling of the Warhammer 40,000 universe accurately? Let us know in the comments!