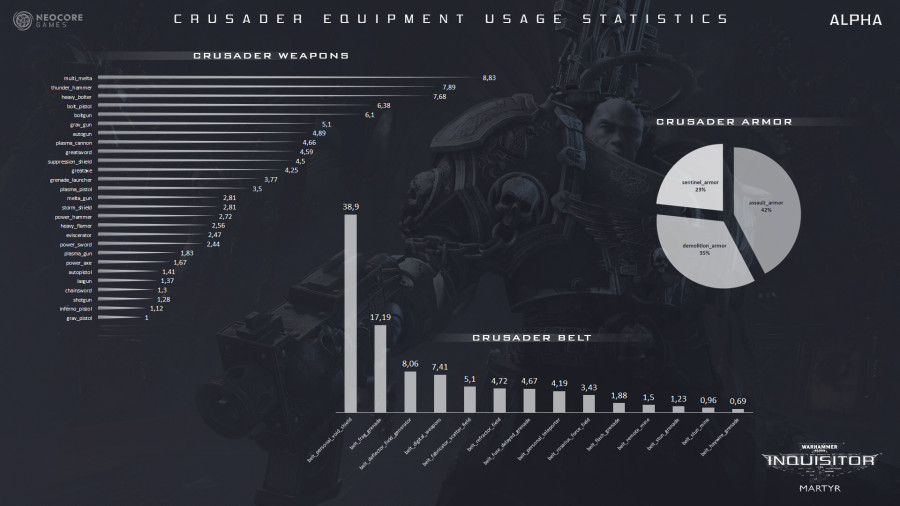 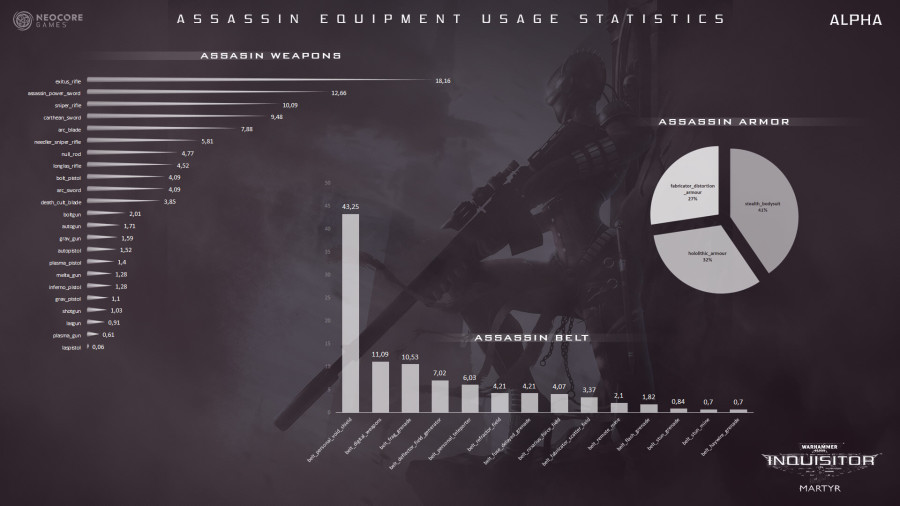 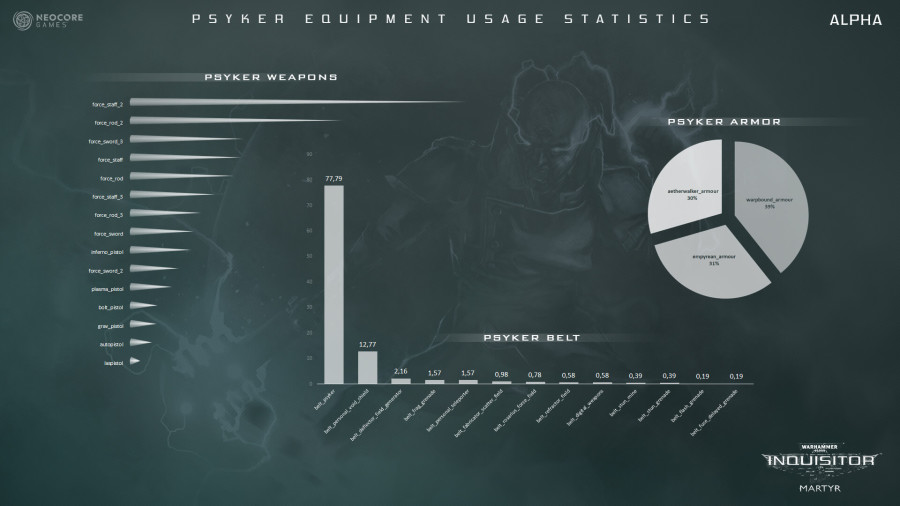 This post was edited 4 years 272 days ago by Tender
Comment
Store Page
Share
previous post back to community page next post
14 comments
Featured comment
Newest Oldest Best
Save This Order
Set this current order state as My default.
Order Save Options
Inquisitor - Martyr Equipment Stats (Alpha)
Your Thoughts? Please login to place your opinion. Not a member yet? Register here and now!
1
SnakefistIfSo
14 145
4 years 262 days ago
+0
0

1
Khall
16 42
4 years 263 days ago
+0
0
SnakefistIfSo
Eh, I can tell you what spells are most commonly used. Fiery form, divine shot, two buffs from the biomantics field, and whatever pyro you can field at the highest level. The gear and...skills really only let you buff pyro (burn dmg) right now. Biomantics are nice, and there are a few pieces of gear that have +dmg% on them, but it's far easier to do lots of dmg with pyro as things are now. (I know there are lots of people who love biomantics and have strong builds, there's a whole skill tree for heat, there's none for electricity. Easier/more popular don't always mean better.)

Good to know. Sorry if I came off as harsh but I used to work in game development nearly 20 years ago and I was responsible for feature creep so I was constantly involved with balance. It feels like a lifetime ago but all too often I see developers not understand how to properly balance a game despite having 100x the metrics that we had back then. I could go on for days about all the mistakes modern developers make regarding balance so I am always fearful when I see data usage charts and mention of balance in the same article. Anyway, good to hear you understand the popularity balance trap.
1
SnakefistIfSo
14 145
4 years 265 days ago
+0
0
@HIERO GLYPH‍

1
Christs
2 175
4 years 266 days ago
+0
0
Will have all three classes. But will stick with alpha gear/weapons unless they get a nerf. Normally stick with what I know/enjoy and clear fastest. If the sub classes stay the same I will have one ranged and one(well 2*1hand) for crusader/assassain and a sword/melta pistol pysker.
1
Hiero Glyph
0 30
4 years 266 days ago
+0
0
Posted by SnakefistIfSo 4 years 267 days ago
Useful for further balancing. Snakefist believes that Psyker spells should find their place here, due to their mechanism....
Popularity has limited correlation to balance, especially in an alpha. Popularity usually implies ease of use or fun factor,  not strictly being too strong (although that can be a byproduct of being easy to use).

1
MrM3thod
4 2
4 years 266 days ago
+0
0
As mentioned the personal void shield is just too strong compared to other options, i felt the same with some of the weapons,