A small information with a huge impact on the Caligari Sector's Chaos presence: Inquisitors will be deployed on...

Mark your calendars, because Warhammer 40,000: Inquisitor - Martyr will be released on this date, on PC, PlayStation 4 and Xbox One simultaneously. 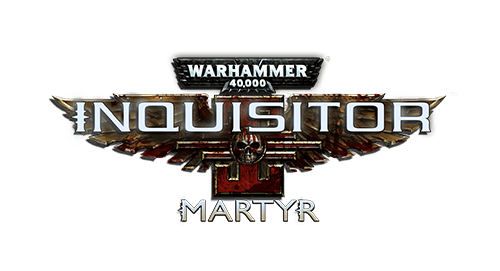 Founders and Early Access users might already have some understanding of how the game plays (it's an Action-RPG), although it's still shaping and changing according to feedback, inching ever closer towards completion. But let's summarize briefly what to expect from the game on all available platforms on Day One:

Also, the full release doesn't mean that our work is done, more features and improvements will come in future updates, mainly with the story driven free content patches called Seasons.

So, that's it for now, as this was just a quick roundup, we'll cover all features and more once we can confirm everything, including retail covers for console editions, and other news.

This post was modified 4 years 286 days ago by Megapull
Comment
Store Page
Share
previous post back to community page next post
10 comments
Featured comment
Newest Oldest Best
Save This Order
Set this current order state as My default.
Order Save Options
Inquisitor - Martyr Release Date Revealed
Your Thoughts? Please login to place your opinion. Not a member yet? Register here and now!
1
Peredur
10 63
4 years 319 days ago
+4
4

"But let's summarize briefly what to expect from the game on all available platforms on Day One:"

To better understand what to expect, does it mean the following features - once announced for the base game - won't be present at release?

Moreover, when PvP was announced, you said it will be reviewed to see if its kept or removed for release.

So, do you plan to remove it, keep the current PvP or improve it?

Oh we can't wait!
Already bought it and enjoying this masterpiece.
Purge the heretics!!!!

1
Brother Kundari
20 597
4 years 292 days ago
+0
0
Have written about it cpl other places too, but I have to say (Sry) it here as well. I believe it when Neocore says the 11th, but I am actually a bit confused to the ACTUAL release date(s).

Neocore says KABAMMDANG, 11th on May. Other stores and such says 22nd, 25th. Which very well means that if and when I order it from my local store and the actual version I WANT, it very well means I may not be playing this game until beginning of June. THAT IS if I choose not to download it and waiting for hours on the 11th. But I don´t wish to do that, I want it in the store in my gamepackage. And it all depends on which day I play it, what and where I buy it

1
Khaezarn
1 12
4 years 315 days ago
+0
0
Peredur
I'm more excited for this game than any game I've seen come in the past 10 years, I'm a HUGE Warhammer 40k fan, and I can't wait to get my hands on this game, I've already seen a lot of gameplay, I just wish the founders packages were not limited to PC only, I want to get started ASAP!
1
Khaezarn
1 12
4 years 313 days ago
+0
0
Inquisitor Thaddeus
Oh man, I wish I could play it now, but the early access is so far for PC only and I'm on an Xbox :( still can't wait though!

Make sure to purge some heretics for me until I can join in!

Early Access only mean you can play a game before its official release. There is no implication of its development state, hence it doesn't mean there won't be any wipe.

If the Early Access starts while it is already finalised, then you can expect there is no wipe. An early start.

But if the Early Access starts while it is in alpha of beta, then you can have wipes for various reasons. There are many Early Access with character wipes. Particularly multiplayer games.