The recently reworked mechanics for the Heavy Bolter have created a glitch with its aiming. This only happens in the Tropospheric Platform and Upper Hive environments. The Concentrated Salvo (2nd weapon skill) shots won't target highlighted enemies, and it's only possible to hit them during a shoot-and-move. If the Crusader is stationary while firing, the shots go overhead and won't hit anything. 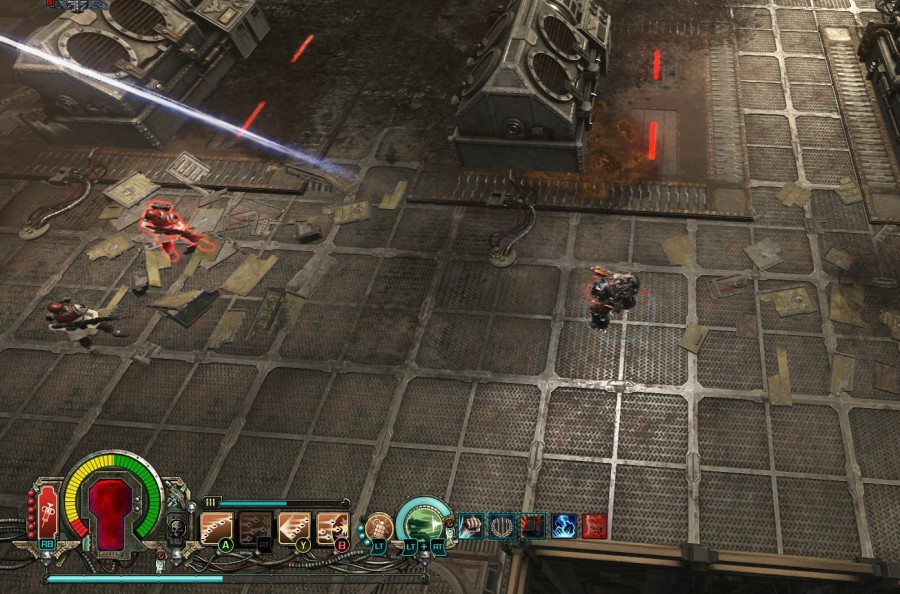