This has been an interesting year, to say the least, in every possible way - but let's focus on our games for now. There was much movement and buzz at NeocoreGames in 2020: no major new titles, but still plenty to talk about (and even more secrets, but that's a story for another year). Let's recap!

In January, the Van Helsing trilogy became complete on the PlayStation 4, with The Incredible Adventures of Van Helsing III landing on the platform. In February, we released Warhammer 40,000: Inquisitor - Prophecy on PlayStation 4 and Xbox One. A decent start with console releases.

As Spring came, we have decided to help most of our co-workers transition to home office, and thankfully, this was possible without much issue. We only returned for a brief time in the summer when it was possible.

Summer was a delightful time while it lasted, we even organized a picnic near the peaceful waters of Danube, there was plenty of sun, food and uh, drinks. And because the company grew, we made a new group photo, this time using a drone! (Fun fact: the drone was also used to make photos for the photoscan terrains. Versatile little guy.)

But during all this, we were hard at work preparing our biggest reveal, a brand new game for the studio, King Arthur: Knight's Tale. This game is a big leap for us, both in terms of technology and genre, and this was our first attempt at a Kickstarter campaign as well. Thanks to your support, we not only managed to smash the target, but we unlocked some cool stretch goals as well. (By the way, if you missed the campaign, you can wishlist the game on Steam!) We continued to work with much more confidence on our first dark fantasy-themed Role-Playing Tactical Game.

Speaking of dark fantasy, in September, World of Van Helsing: Deathtrap was released on the PlayStation 4. And oh, it's a special one, because this is the first game we ran on the next-gen console test kits. As the PlayStation 5 and the Xbox Series S|X rolled out eventually, we were delighted to find out that these consoles run all of our games, with a rock-solid performance, no less. We cannot wait to experiment with these powerful units, and we're looking forward to the new generation of games very much!

To prepare for a higher detail in our games, we made some space in our studio, and we now have a dedicated room for mocap-recordings. When it's not used, it serves as a makeshift gym for gaining some extra stats. It's important to be ready for whatever comes next. 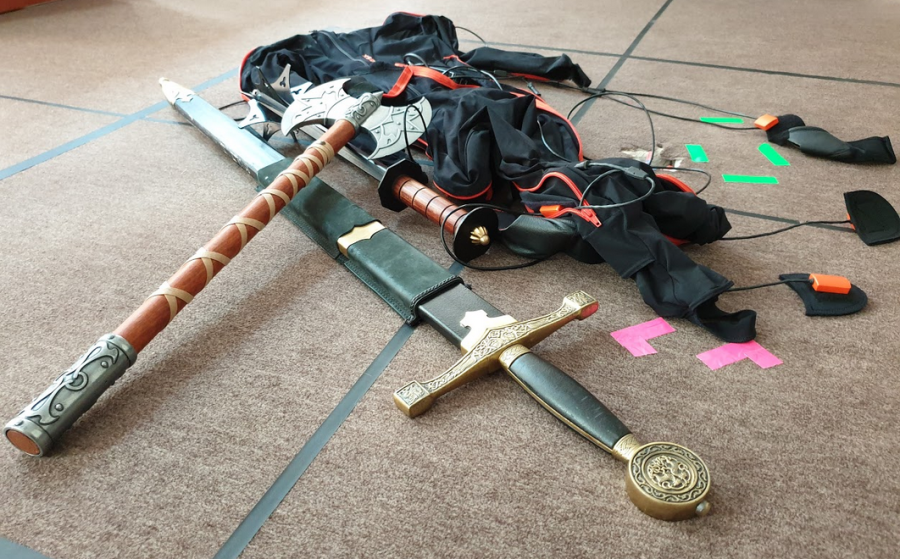 The future, of course, is not without strife and interstellar warfare, and because of this, we introduced numerous fixes, updates for Warhammer 40,000: Inquisitor to encourage smoother purging. Lately we added new seasonal content (Season of the Inferno, Season of the Warp Surge) which bring new challenges and rewards for the most vigorous players.

So where are we right now?

Well, holiday season is here, and it's time for presents: if you join the eternal fight against Chaos in the next two weeks, you'll be rewarded with a little something! Log in to Warhammer 40,000: Inquisitor between December 20 and January 3 either on PC or consoles to claim a gift containing a Shard Pack, an Alpha Pack, and a Consumable Pack!

After some rest, we'll start the new year with launching the early access version for King Arthur: Knight's Tale on January 12th, available for our Kickstarter backers. Then we start focusing on bringing the full game to PC and the new generation of consoles, but of course, we'll continue expanding Warhammer 40,000: Inquisitor with new updates as well.

We hope that you found enjoyment with our games in 2020 and you're looking forward to what we're cooking up in 2021. In any case, we're overwhelmed by your support for our Kickstarter campaign, and we're delighted to see that there's still a sizeable active community in Inquisitor as well. This gives us all the encouragement for the future - you're the best!

We will meet again in Avalon and the Caligari Sector soon enough, but until then, we wish you a joyous holiday season and a happy new year!

This post was edited 1 year 153 days ago by Tender
Comment
Store Page
Share
previous post back to community page next post
3 comments
Featured comment
Newest Oldest Best
Save This Order
Set this current order state as My default.
Order Save Options
NeocoreGames in 2020 & Happy Holidays!
Your Thoughts? Please login to place your opinion. Not a member yet? Register here and now!
1
SamuraiLuc
0 1
1 year 140 days ago
+0
0
Thk all of you , happy new year too!
1
MechWraith
0 1
1 year 150 days ago
+1
1
You people are AWESOME!
1
Helikon1977
0 2
1 year 151 days ago
+1
1
Sziasztok!