I have a visual bug on Xbox. Every time I kill any mob, it appears a weird expanding AXIS ( from center to the outside ), it has very bright colors, and every direction ( X , -X , Y , -Y, Z, -Z ) has a different color ( red, blue, green and white ). It's like some kind of "guide" used for the Special Effects on enemies deaths ( like explosions, body parts blowing up, and such ).

It's not a new bug, it appeared several patchs ago, or maybe I didn't pay attention before and it was there the whole time, but since I disabled floating damage numbers, the bug it's evident.

Some examples (swicth the play mode to HD, instead of SD, to see the axis properly, because they are small ):

*update*: The 3D axis shown is like this, but with animation from center to the outside. 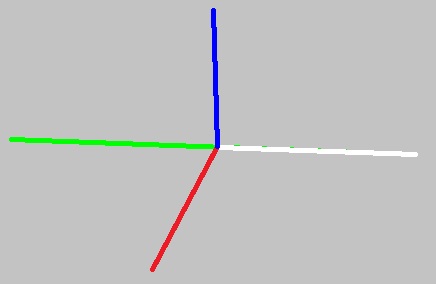 This post was edited 97 days ago by RommelESP
Comment
Store Page
Share
previous post back to community page next post
3 comments
Featured comment
Newest Oldest Best
Save This Order
Set this current order state as My default.
Order Save Options
XBOX - Visual Bug on Special Effects when enemies die
Your Thoughts? Please login to place your opinion. Not a member yet? Register here and now!
1
Staff Member

Zoom and trim video on the specific area

Godlike
Marcopolocs
44 4643
98 days ago
+0
0
A couple of us (including me) checked on the GIFs you sent but could not find anything out of the ordinary even after watching them in HD so we are unsure what the visual bug is. Could you try to zoom in a little more in combat so we can check it from a closer range?