Is the end-event survey the right time to learn of a special boss fight? Tell us honestly, is this how you want the players to find out that you designed a new boss encounter? In a post-event survey? 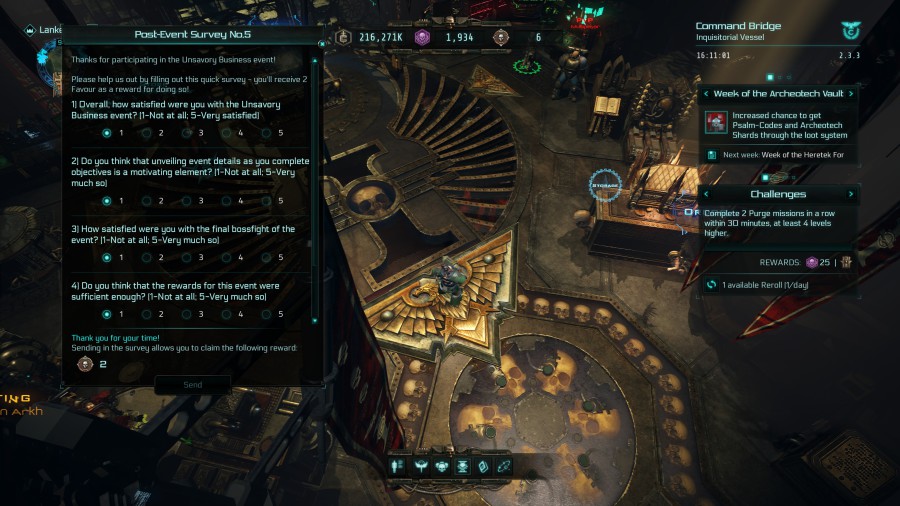 It was bad enough that the Unsavoury Business "event" was barely more than an extra pop-up window with flavour text, when I only occasionally noticed an added enemy type at what seemed like completely random points (with zero way to track any progress) and that the rewards were indistinguishable from standard challenge rewards (at least once I was trying to figure out which challenge I had just completed only to realise the rewards were for a stage in this "event").

You want to make a mysterious event, that's fine. But I would suggest the following:

And if you really want to design a mysterious hunt in an online game, try to get your inspiration from games like The Secret World and its investigation missions, to see how to do it properly.

Thanks for your feedback!

It was our first time experimenting with a hidden objective and are currently collecting feedback on this event. Naturally every suggestion is welcomed and we use these for creating better and more engaging events in the future.