Last time we covered the Horde enemy type, but of course, you will still meet some cannon fodder enemies that are not mindlessly flowing blobs of pustule and decay. Those who don't attack in a horde, but are still considered less powerful, are the so-called "Regular Enemy Units". Of course, let's be honest: there's nothing regular or normal about heretics and enemies of the Imperium. Hence, they shall be purged. 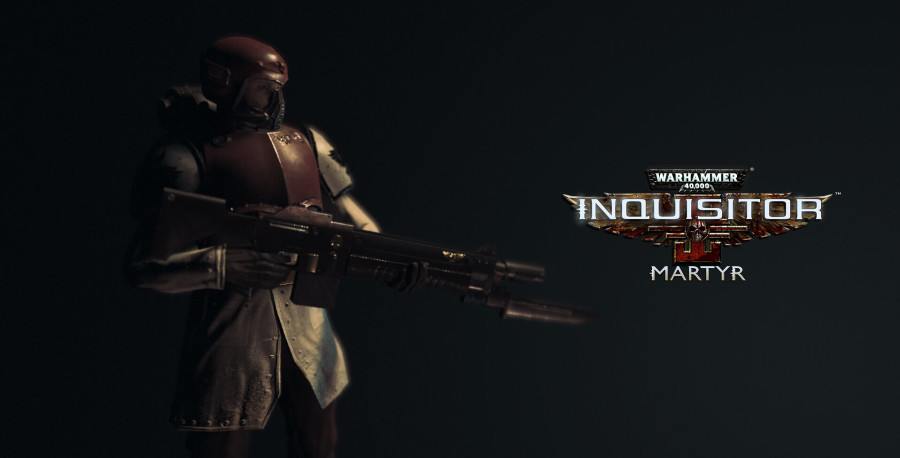 Now, there's a lot more variation in these unit types in all factions, and you will encounter melee and ranged units as well, but they don't provide much challenge individually. Their movement can be slow or average, they aren't too bright or well-disciplined, and they will attack Inquisitors on sight. They are, however, quite insistent on... not giving up, even working in groups to achieve that noble goal.

Cultists, Rebel Guardsmen, you name it... they have turned their backs on the Imperium, and they are not very welcoming. They will taunt you, and while they usually don't deal much damage, combat can still get very dangerous if you don't pay attention. Ranged units will back away from the Inquisitor, seeking cover, while melee units will jump at any opportunity to rush forward.

While their attacks are not too varied, and they usually fall quickly, they can still surprise you with an occasional special ability, such as throwing a grenade or regenerating. It's worth culling them quickly, though, because while their DPS is lower than the damage output of the more formidable enemies, usually they will deal the most damage per hit in combat situations.

So, how do you respond to that? Let us know your strategies in the comments!

This post was edited 4 years 92 days ago by Tender
Comment
Store Page
Share
previous post back to community page next post
1 comments
Featured comment
Unit Types: Regular Enemy Units
Your Thoughts? Please login to place your opinion. Not a member yet? Register here and now!
1
Arazel
15 26
4 years 91 days ago
+0
0
Sneeze gun works really well on groups of infantry and if that fails slap the stragglers around with a thunder hammer then concentrate on mopping up.