I wanted to try out the new cabal feature with a friend so I went ahead and created a cabal and made it "open" so that my friend could join (I couldn't invite him directly because the 0.2.1 patch wiped out my friend list for some reason, but that's another story...).  Once he joined I modified the cabal so that it was "closed" - we just wanted to try it out and see what we could & couldn't do with the cabal.  Viewing my friend in the member list I noticed that he had a rank and that as the cabal grandmaster I could promote him so I tried doing that and made him an adept of the cabal.  Then we tried playing a mission.  After the mission I noticed an exclamation mark on the cabal icon on the toolbar.  I clicked it and opened the cabal screen.  My friend was no longer listed in the members (it was empty now) and whenever I tried to click the "info" button about the cabal on my profile I got an error dialog box with this message: cabal.error.InvalidCabalId (screen shot attached below)

Two screen shots included.  The first one shows the red "!" on the cabal icon on the tool bar and the cabal dialog box where you can see the short event history of the cabal (created, added member, promoted member) and the second one shows the actual error message. 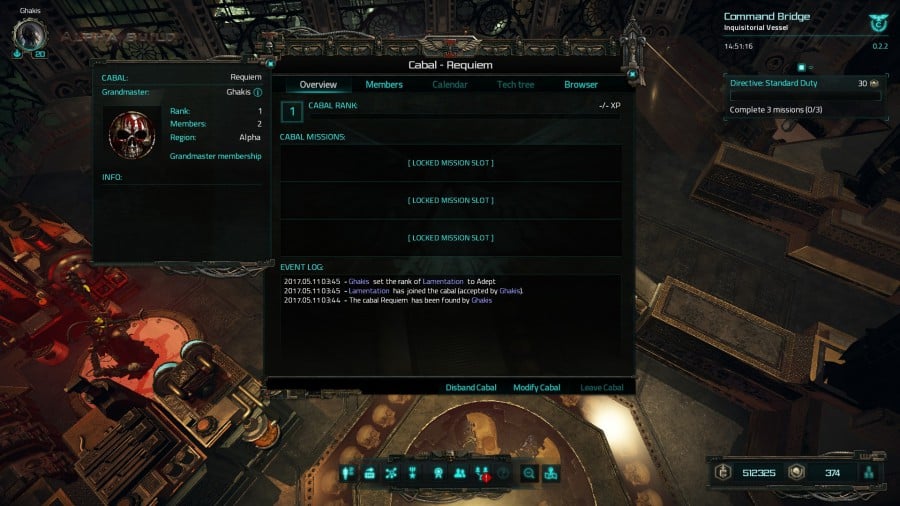 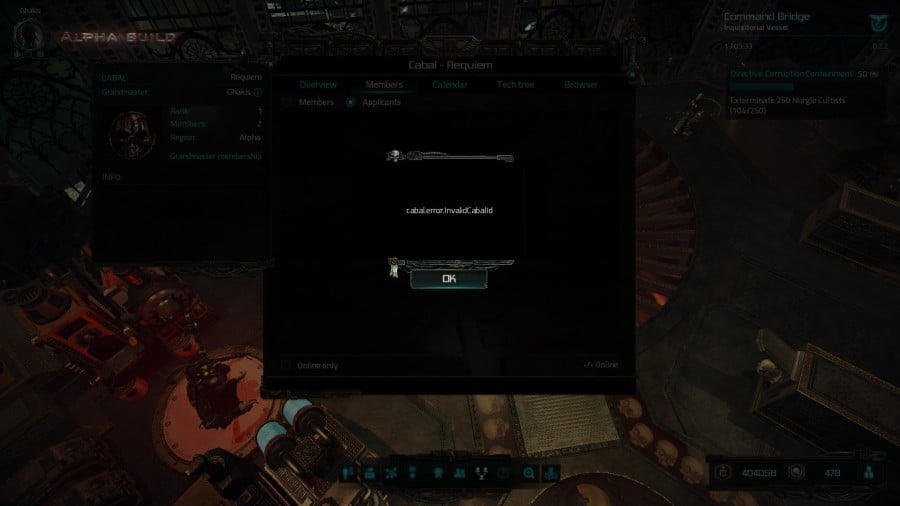