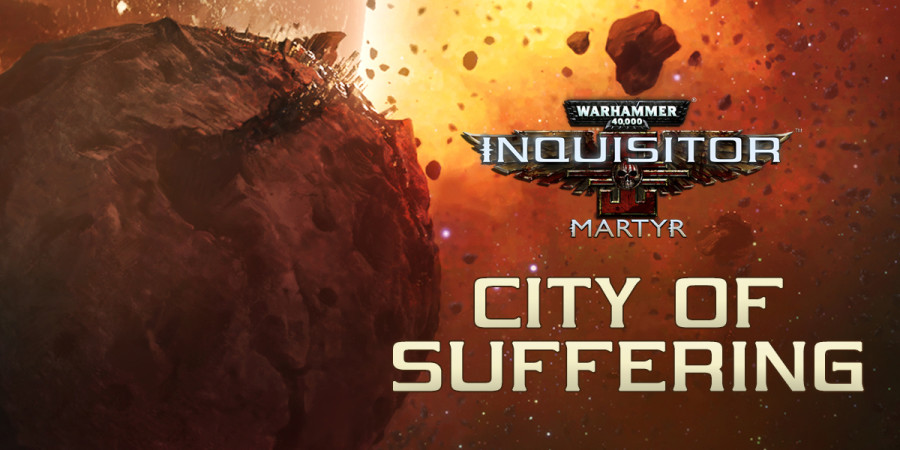 Updates to W40K: Inquisitor - Martyr have been released. The updates will be applied automatically when your Steam client (in on-line mode) is restarted. Please also note that during maintenance, players will be unable to login.

Enter the City of Suffering where the Drukhari hunt their human prey on a larger scale. Hinder the Xenos plans, take down as many Pain Catalysts as you can and make them pay for every Imperial citizen they steal.

This DLC contains a unique leaderboard game mode with a new starmap location. (Please note that this starmap location is only available after unlocking the Triglav Subsector.)

[Link to the DLC's Steam Store Page]
[Link to the Neocore Store]
Note: This DLC is also available for purchase in-game for Fate.

This post was edited 3 years 259 days ago by Megapull
Comment
Store Page
Share
previous post back to community page next post
8 comments
Featured comment
Newest Oldest Best
Save This Order
Set this current order state as My default.
Order Save Options
Inquisitor - Martyr: Patch v1.2.2 - Nov. 15
Your Thoughts? Please login to place your opinion. Not a member yet? Register here and now!
1
nphect
1 2
3 years 265 days ago
+0
0
Marcopolocs

I think that's a good idea because the possibilities go out for me. Checked game integrity on Steam and reinstalled the game multiple times.  Couldn't find a way to send you a pm in this forum maybe a improvement proposal? ;-)

If it's possible you can delete this message.

A little bit of future content was leaked and the 3rd Subsector was visible for some time. We removed it shortly after it appeared.
@STARWALKER‍ please visit Malcorum System, there you can find the Myrkon planet.
@NPHECT‍ may I ask your account name and the character you play with usually in Warzone? We will test it!

Since the release from this patch its not possible for me to start any warzone.

If i want to start a warzone, the game crashes every time.

This only occurs in the Lacaon Maioris...

I show version 1.2.2. and see only Tenebra and Triglav as usual.

Please check on your characters when you got the time, they all should be in another Subsector!

What a bugfest Neocore. My lvl 70 pysker is trapped in the new "sector". Everytime I try to leave, it crashes the game. I tried my lvl 70 assassin, but now there is no new "sector" on the star map to travel to. This is a disgrace. You should all be ashamed of this crapfest.