Most missions are fine, but there are some that just shower us with gear - like some VC supreme missions, mech missions (like the one in the Ecru VC) and a few others. Even with no +loot quantity gear, the amount of drops is crazy and the vast majority of them have to be discarded item by item if you want to continue picking up more stuff. I just did the mech Ecru mission and had to discard gear that would fill my inventory three times over, easily.

Why do you design missions where most of the gear must be destroyed or not picked up? What's the point of wasting so much time deleting items manually if you want to make space for better loot? Do you think it is good gameplay? Is it fun?

Adding new tabs (just like you did with our storage space) would help, but I don't think it would solve the problem entirely. But there could be other ways to do that:

The last one is especially important when your inventory is full. Take a look at this screenshot: 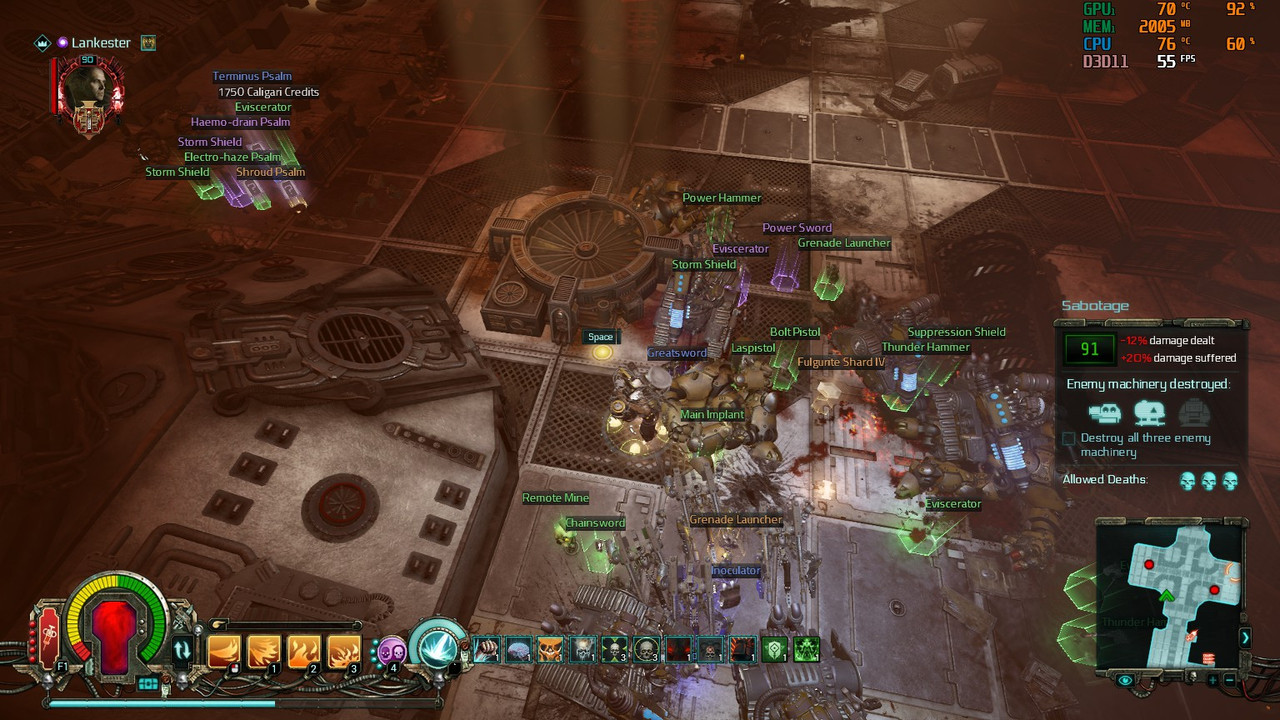 What do you think will get auto picked up first? The relic grenade launcher or the 20 useless blue and green drops? And when your inventory is full, how will you actually get that relic drop? Except going into your inventory and manually deleting random gear, which keeps getting replaced by that blue and green junk you see on the ground and which you have to keep deleting item by item before the relic is finally picked up. The other option is to switch looting to manual mode, which is a bother and you either have to manually pick them all up or lose them (thus losing crafting mats and credits)...

This post was edited 110 days ago by Lankester
Comment
Store Page
Share
previous post back to community page next post
4 comments
Featured comment
Newest Oldest Best
Save This Order
Set this current order state as My default.
Order Save Options
In-mission inventory management
Your Thoughts? Please login to place your opinion. Not a member yet? Register here and now!
1
Staff Member

I will bring this topic up to our design team, that's all I can promise for now. Having a filter would be the best option in my view but we will see.

filter or "delete all blue/green item" button at least. would be very helpful.
but i like the filter option better.

1
Lankester
20 67
106 days ago
+0
0
I would add just one more thing: it would be good to have some kind of visual cue when I have my inventory opened and something attacks me. Perhaps flashing screen borders or something like that.

I was sorting my inventory during a mission and making space for more drops, as it was full. My audio was all the way down and when I finished clearing out my inventory and closed it, I was lying dead on the ground. Apparently, some random patrol was passing by and killed me, without any visual hint that something was happening.

Surely, it wouldn't be too difficult to add a little something that would help avoid this. Especially in a mech VC mission with all three tarot cards active (in my case it was +240% loot), where you spend more time emptying your inventory than actually doing the mission...

We encountered the problem recently with some friends.

I was thinking of a filter applicable to auto loot so as not to pick up certain colors or a touch in the inventory to throw the whole of a color.