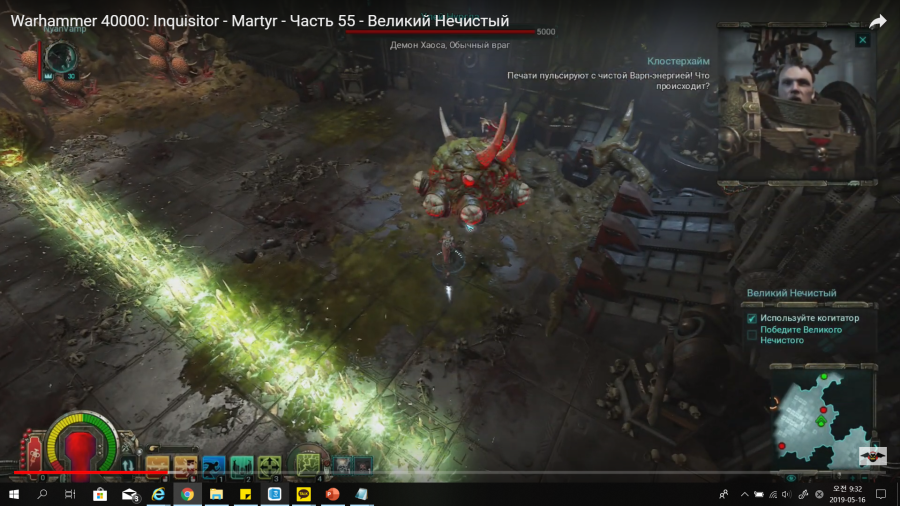 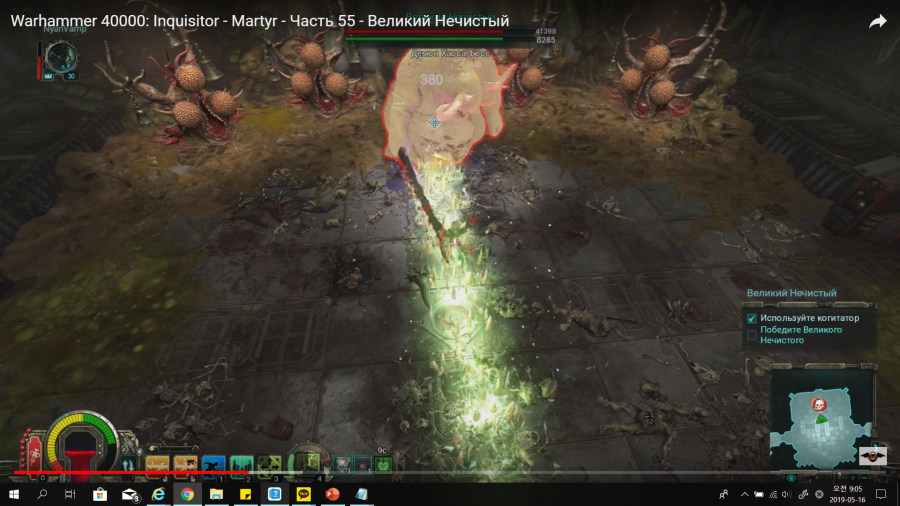 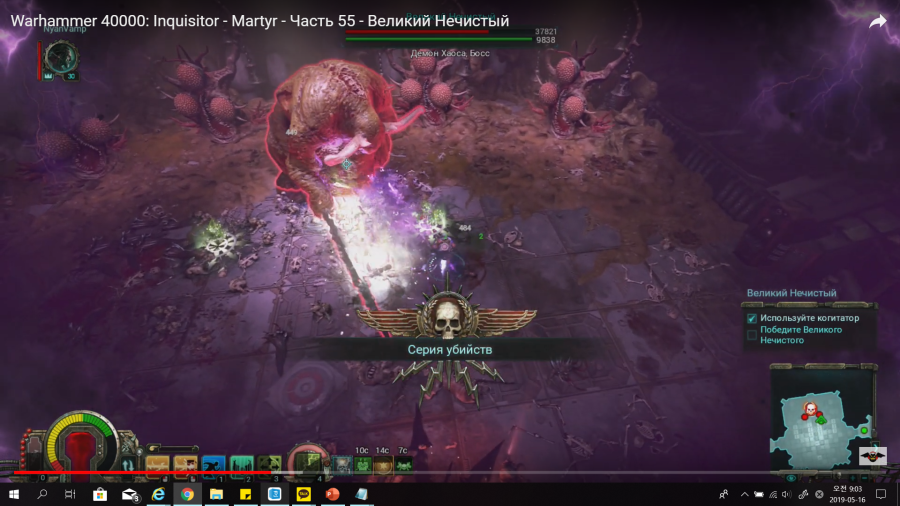 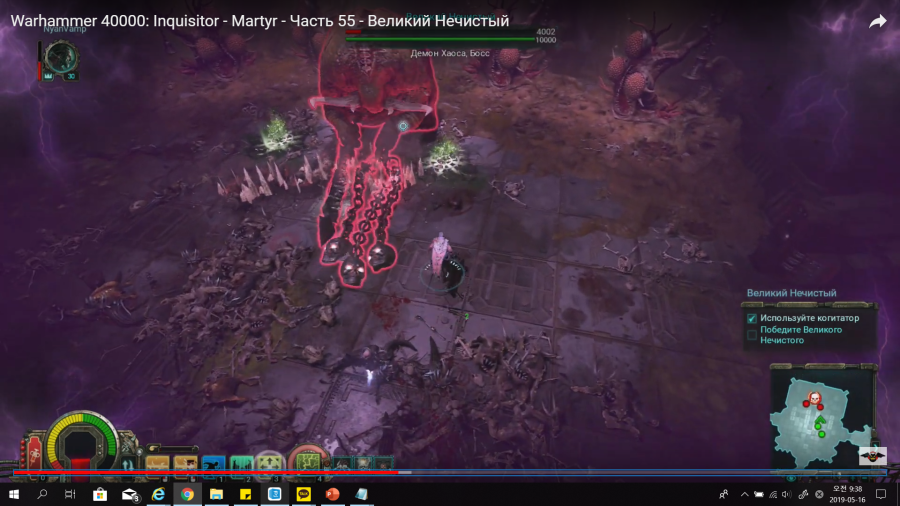 So here is the glitch. When the  Great unclean one swings his sword, green spines come out from the ground and spread in the direction of the weapon in a straight line. If everything were fine, they would almost reach the edge of the room. But most of the time, they immediately stop right in front of him as if something invisible blocks them. On top of that, when he swings his flail, red spines come out but always spread in the wrong directions. It makes the boss fight way too easy and tedious(the boss's sluggish movement and response, few and monotonous attack patterns make the problem worse). I mean, he is the final boss. There is no reason for him to be a harmless, ridiculous creature. This never happened when the game released. just hope 2.0 patch or hotfix will fix this issue.

These are no korean language. Only a bunch of meaningless symbols.

Oh, and one more thing. when tutorial cinematic video is played (the martyr going into the warp), korean font get broken. Also, during the campaign, I could find a lot of missing letters and translation errors. New localization patch is needed.

This post was edited 319 days ago by KBS
Comment
Store Page
Share
previous post back to community page next post
11 comments
Featured comment
Newest Oldest Best
Save This Order
Set this current order state as My default.
Order Save Options
Great unclean one glitch+Korean localization error
Your Thoughts? Please login to place your opinion. Not a member yet? Register here and now!
1
KBS
14 13
281 days ago
+0
0
Great unclean one glitch: not fixed yet!
1
KBS
14 13
296 days ago
+0
0
Marcopolocs
still not fixed.
1
Staff Member

Yes, I'm discussing the issue with our devs. I will get back to you as soon as possible !

another letters come out as blocks.

Thanks for the valuable screenshots and information! We will check on the final campaign mission.

We adjusted the korean subtitle long ago. Delete the fonts folder here Documents\NeocoreGames\Warhammer Martyr
That should resolve the display problem!

no. not thank you. These are not what I wanted. Please fix the subtitle as fast as possible.

Thanks for the valuable screenshots and information! We will check on the final campaign mission.

We adjusted the korean subtitle long ago. Delete the fonts folder here Documents\NeocoreGames\Warhammer Martyr
That should resolve the display problem!