Announcing Season 3 - The Season of the Void Brethren

The Caligari sector is beset by a new threat, a newly formed Chaos cult called the Void Brethren. Previously just an inconsequential cabal of void pirate gangs, they have been bestowed upon the blessings of Nurgle, a horrid gift that gives them power beyond mere mortals. With their ships they carry this gift far and wide, absorbing the dregs of the Imperium into their ranks. Other pirate gangs, fledgling cults, criminals and deserters, the Void Brethren grow stronger each day. The Caligari Conclave can ignore them no longer, they must be stamped out before their filth spreads too far.

Before delving into the depths of the new Seasonal mechanics, let's take a look at the freshly implemented Quality of Life changes (affecting the whole game, regardless of Seasons): 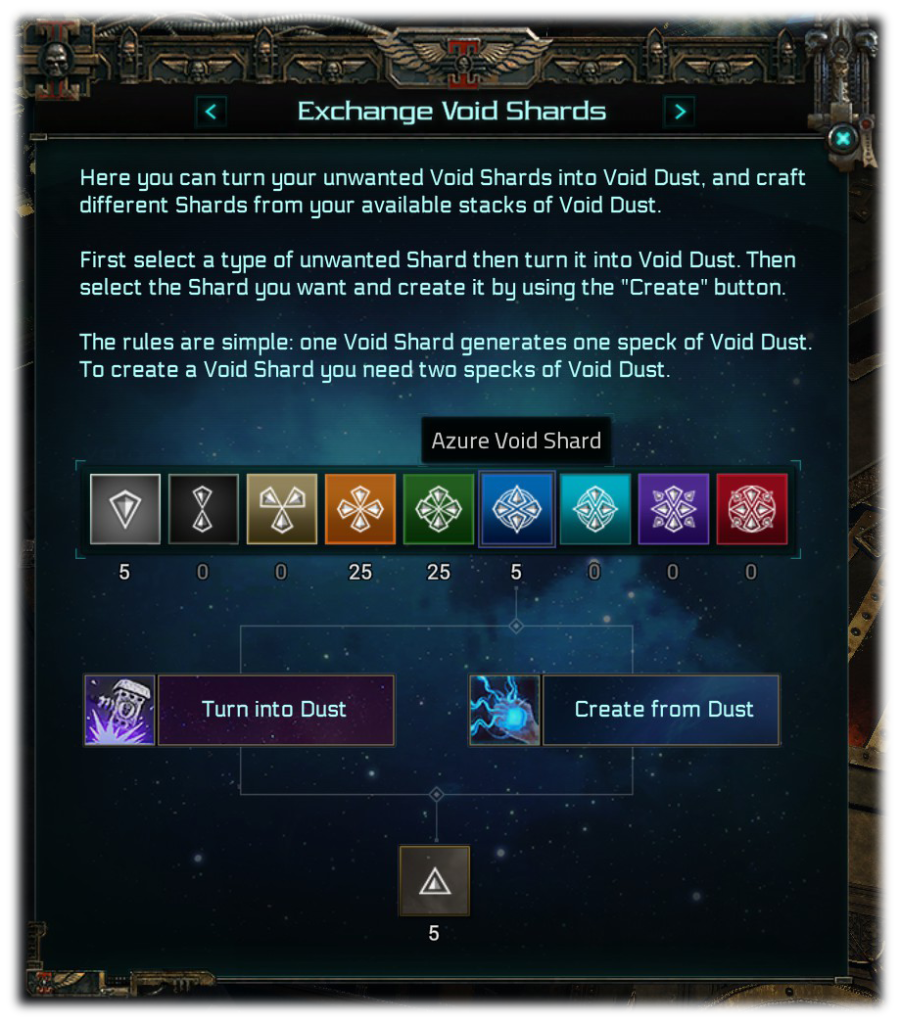 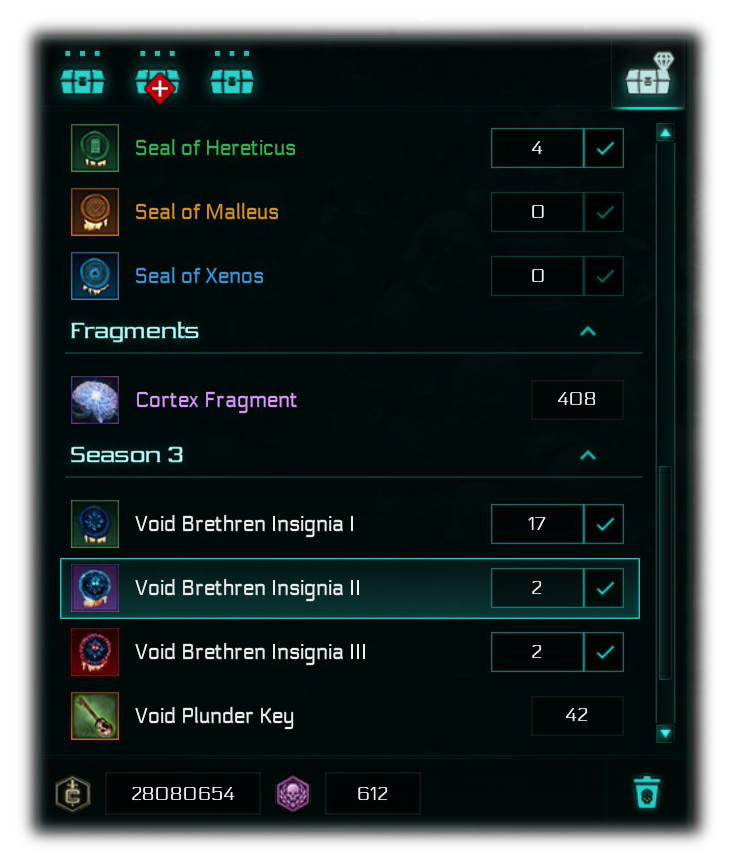 Although the Tech Adept was popular there was a lot of criticism involving its itemization, the lack of lategame build options and overall game feel. We agreed with some of these and reworked his kit to reduce unnecessary micromanagement, simplify itemization while keeping his customizability and overall improve his synergy with his constructs. The Tech Adept's gameplay should feel more fluid, his build options were widely extended and he's very much capable of tackling lategame challenges in his new state.

Mechanics of Season 3 - The Season of the Void Brethren

Of course, Seasonal Missions had to play an integral part in the gameplay of Inquisitor, so we have decided to spice it up a little by adding in 59 new seasonal maps, divided into 3 tiers: 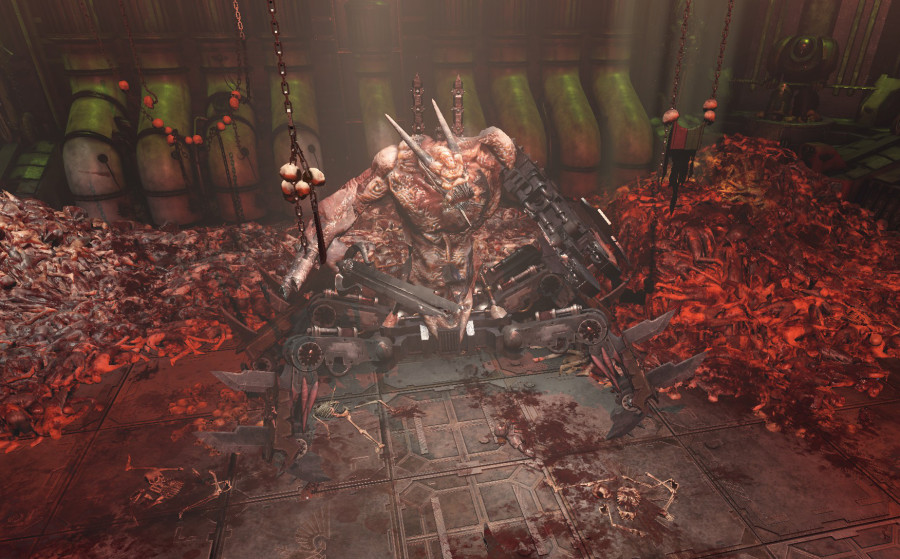 How to reach these maps?

Players can loot and use 3 types of Void Brethren Insignias:

What can I find within these Seasonal Missions? 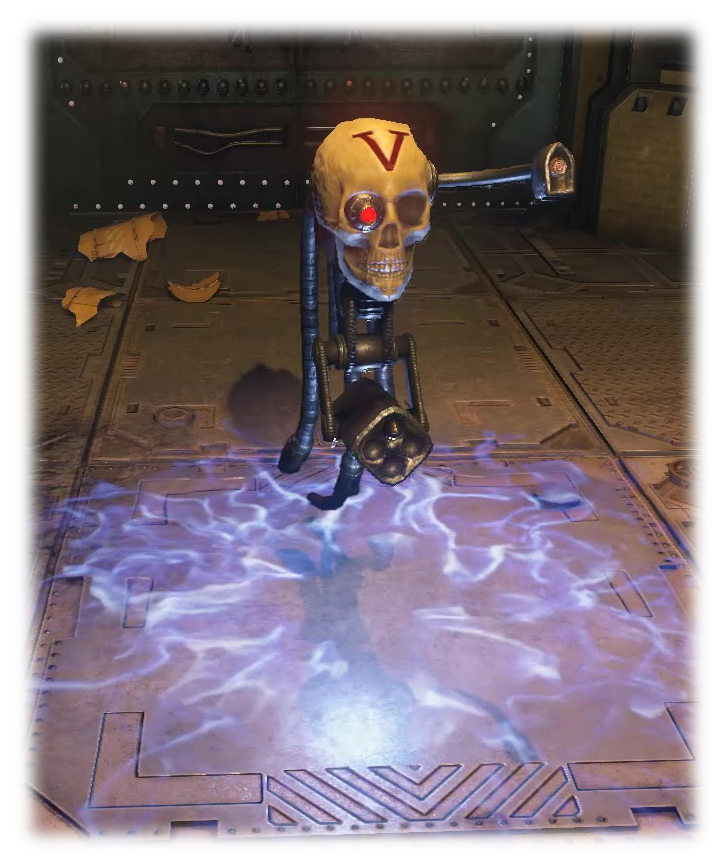 If you do not have the key to the Cache, you will spawn enemies upon interacting with it.

Bounty of the Void Brethren

The new Seasonal Shards increase the chance to cast ToA: 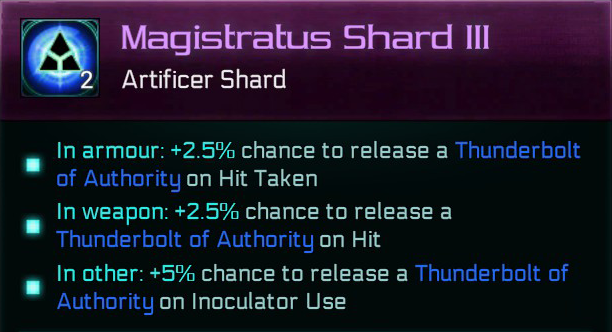 Of course, no new Season is complete without new rewards - we have added 26 new Seasonal items with brand new Relic enchants to help you synergize your build around the new Seasonal Mechanics. 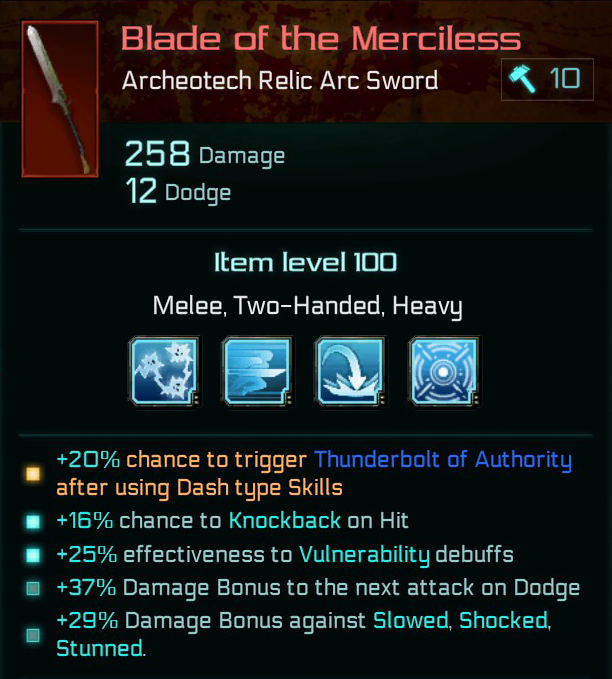 Our goal with Season 3 was to create an interesting and rewarding gameplay flow, as players can encounter Seasonal enemies on basic missions, and from the items they acquire from these enemies, they can open up new, more challenging missions with unique fights and rewards.

The new Seasonal Journey reflects this as well, with new objectives and new rewards! Obliterate the heretic Void Brethren and gain new Portrait frames and Trophies! 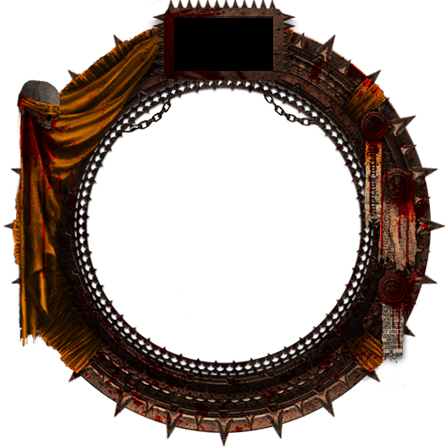 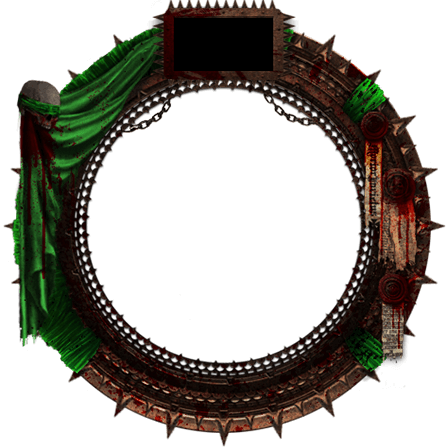 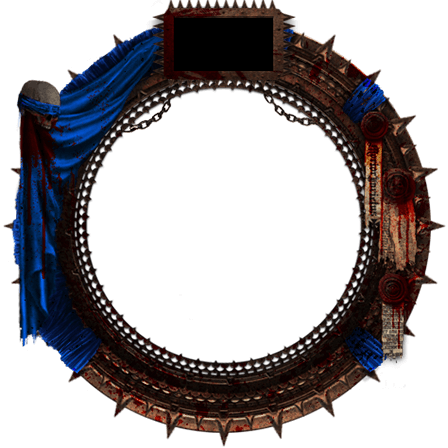 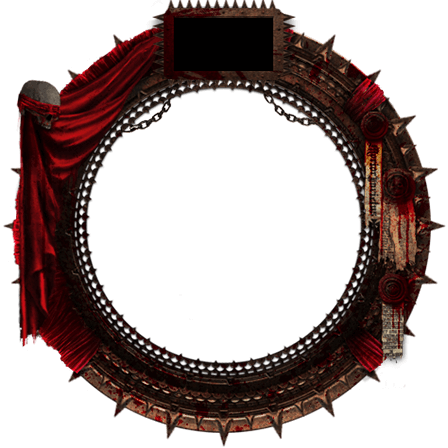 This post was edited 74 days ago by Megapull
Comment
Store Page
Share
previous post back to community page next post
18 comments
Featured comment
Newest Oldest Best
Save This Order
Set this current order state as My default.
Order Save Options
Announcing Season 3 - The Season of the Void Brethren
Your Thoughts? Please login to place your opinion. Not a member yet? Register here and now!
1
Staff Member

A trading feature is not planned for Inquisitor, this is sadly out of the list.

The TA Construct AI problem is also something we will not likely to touch in the coming period but it's not out of question for sure. I would like to have it improved too!

The stock of Rebus is planned to be increased but not now. We are working on several things at the moment which you will definitely like upon release!:)

I will discuss, however, the first issue with our testers. Thanks for all the feedback!:)

Great job, hope you'll be wipping out these seasons for the longest time.

Four things I want to mention: Void crusade missions don't calculate xp from "Murder" and other added xp in the same manner as quickplay missions. This is a minor thing but really confusing.

There should be some form of item market possibility between players, maybe you can use void shards for currency? This allows for a more dynamic player interation and allows for good things you will never use to find an owner. Maybe only for the best of items?

A thing that is really missing is more cosmetics, some REALLY expensive deals with Rebus would be good for the long timers. I'm talking about 100+ tier of favors for the endgame, maybe a new hideout?

Also, as much as I'm loving the new Tech-adept, the A.I. of the minions could be a little bit better - sometimes they just stand there, which is annoying. There should also be a command for a group attack. I think what Grim Dawn / Titan quest has done right with the minions is to have the option of different stances for each one, aggressive, defensive and neutral.

Thank you for the game, It's really one of the best out there in the genre.

What ever you've done with the psykers negative warp effects can you get a wiggle on & hurry the hell up reverting it to how it was last month before you broke an entire character class to splinters. You claimed you've wanted to speed up game play but I find my seasonal psyker crawling through missions because I frequently find myself having to backtrack due to having enemies spawn behind me, often in excess of 6 at a time within less than 10-15 seconds or worse yet having purple triangles block my path forwards! To say it's frustrating would be putting it lightly. I'm not even going to bother with this class this season as it seems to be futile to push onwards after spending the last couple of days enjoying levelling up to 35 only to be fighting bosses having half a dozen other enemies spawn behind me :(

"Look at me marge......I can boost a tech priest while I utterly destroy a psyker class"

1
Brother Kundari
17 498
74 days ago
+2
2
One thing I need to mention thoguh, is this. It may not be a Groundbreaking thing, the new Currency panel, quite basic, but it looks really nice. And really nice to have one.
1
CrayonXL
0 1
74 days ago
+2
2
And JUST in time for me to get some of my friends to start playing!

The Co-Op Void Crusades are gonna be awesome, we are so doing long playsessions on this!

1
Gearlock
0 1
75 days ago
+2
2
I'm super excited for this patch! I love the tech adept and can't wait to see the updates!
1
Brother Kundari
17 498
75 days ago
+2
2
Well, my guess is that I am going to be making a Crusader running around with Thunder Hammer now, causing lots of Shock Effects and sending forth some Bolts of Lightning.
1
Patoman
0 1
75 days ago
+0
0
Like the new creature done as well or better then miniature it is based off of.

A pet peve is that the legs are recycled from defiler, which seems weird chaos has uniform branded chaoic spider legs, but that was done by GW.

1
Skarlix
0 1
75 days ago
+1
1
Thanks for continuing to support this frustratingly addictive game.

On the subject of patch notes, any information is appreciated.  If I had one complaint about this game it's that there are far too many skills that are either not documented, not working as intended, or simply not explained well.  Small changes to a character can have a massive impact to performance so every little bit of information helps players - especially new ones - make good decisions for gear and skill choices.

I should not have to rely on generous reddit users to understand how game mechanics work.
+|| The Emperor Protects ||+

Godlike
Marcopolocs
49 4904
75 days ago
+1
1
Trepide42
Yeah, we will share a detailed patch note regarding the balance changes, however, it will be more of a summarizing list as the changes are too numerous to write down (what modification affects what etc.).
1
Trepide42
0 1
76 days ago
+0
0
Is it possible to have comprehensive patch notes about the changes on Tech Adepts?

Co-op VC is awesome, as is the much needed currency tab. I'm so glad that you are still supporting this game and making itbetter and better. Great job

1
CharlesBarracuda
0 1
79 days ago
+1
1
Thanks for all the great work you do, this game re-kindled my love of gaming.
1
Brother Kundari
17 498
80 days ago
+0
0
My guess now is that I am going to enjoy the 3rd Season. Even though I am not yet over the fact that I got robbed of my final chance to put those 2 last Tier 5 Challenges from Warp Season, nailed.

Even so, I do hope I can get a chance of Compensation for it one day. Anyway, please from now on, and forever on, always make sure the exact date, day, time, hour is firmly in place of Announcements, and make sure we do get the - Fight against the Clock thing before truly over time - of this very official Neocore site.

It will remove and lessen many a grudge.

Other then that, I will, and shall, enjoy the Season 3 of my Inquisitorial Journey. And nice to see you are finally including a new Enemy/Mob to the table, next to some of the other new features. Keep it up and Thank you.

Not yet due to the ongoing Season of the Warp Surge. It will still run for a while on both PS4 and XboxOne. We will probably have a more accurate answer around the end of July or early August regarding this question. :)

1
Gavinus
1 30
80 days ago
+0
0
yes! thankyou for continuing to support this vastly underrated game i think its now in such a good state, the tech adept changes - are there any new weapons for it?

cant wait to blast hordes of chaos with lightning bolts, going to be rocking my whirlysader next season on xbox!