On November 28, the Sororitas Class DLC will introduce a new character class to Warhammer 40,000: Inquisitor - Martyr: an Inquisitor with a Sororitas background. As with the previous classes, you will be able to choose from three subclasses. Let's take a look at how they differ from each other! 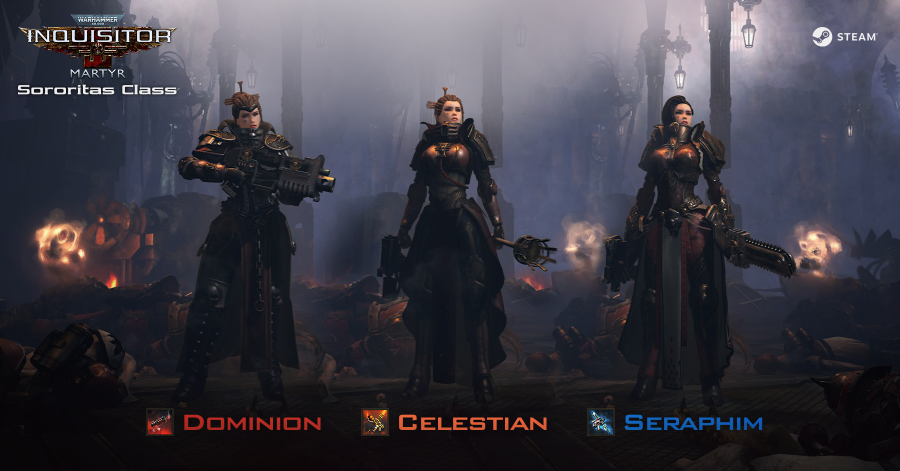 The Sister Dominion is an agile subclass that focuses on ranged attacks, so the starting weapon is the Boltgun with a Godwyn pattern, a lighter version of the iconic Space Marine weapon. As it stands, this weapon is a sacred symbol of the Emperor's judgement, so use it with precision. The Dominion Armour is enhanced by servos and high-speed plug ports, its wearer will be able to perform quick bursts of increased mobility, allowing rapid redeployment.

The Sister Celestian wields the Emperor's holy wrath to purge the unclean - through fire. The Hand Flamer and Brazier deal massive damage with burning promethium and hallowed flames, torching everything within range. This fervour of the Sister Celestian translates to the Celestian Armour as well, which is a Power Armour adorned with sacred paraphernalia. Somewhat lighter protection, but a better counduit for manifesting Acts of Faith.

The Sister Seraphim starts off with the Seraphim Armour, which is a Power Armour optimized for assaults. This subclass is designed for close quarters fighting, so the starting equipment include a Bolt Pistol and a Chainsword. This combination is excellent for dispatching heretics and mutants in equal measure. To help this happen as swiftly as possible, the Seraphim Armour also features a Jump Pack that will take the wearer straight into the heart of the fight - potentially damaging everything on impact. 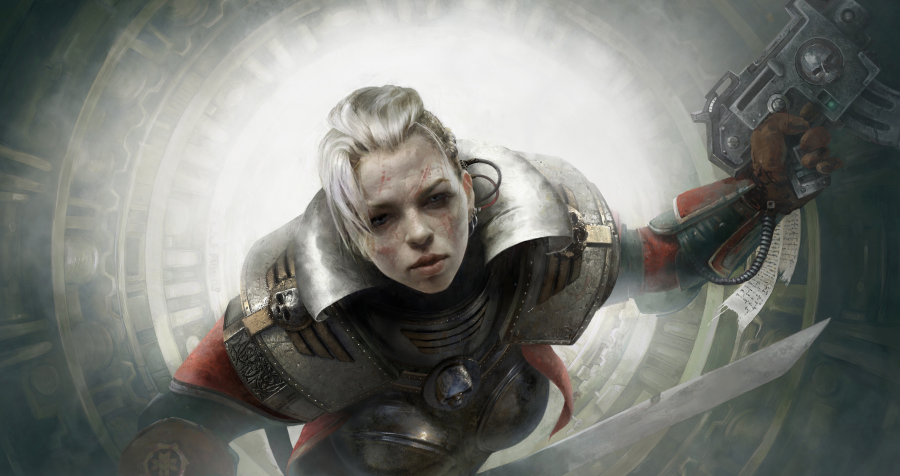 Which one of the subclasses will you start with? Let us know in the comments!

This post was edited 76 days ago by Tender
Comment
Store Page
Share
previous post back to community page next post
3 comments
Featured comment
Newest Oldest Best
Save This Order
Set this current order state as My default.
Order Save Options
Sororitas Class DLC: Subclasses
Your Thoughts? Please login to place your opinion. Not a member yet? Register here and now!
1
Distemper
39 124
75 days ago
+0
0
I'm quite curious that how would these faith skills work in the game. Hope they could bring new styles of fighting.

BTW I noticed that no heavy weapons are included in this post?

Would sister have sonething big, like special type of multi-melta?  Hope she would......

1
PhoenixValkin
2 19
76 days ago
+0
0
Dominion. need some bolter action, though the flamer is tempting
1
Brother Kundari
20 597
76 days ago
+1
1
I think I may just start out with the Dominion for starters, just to familiarize myself and to get into her basic Features and Skills. I then think I should get more into depth with the Sister Celestian. Which I think can be quite an interesting and challenging one.

Sister Seraphim I believe should not be too hard to get to grips with, since this one should be a bit like Assassin and Crusader wise. But still very different game-wize to play.

16th of Nov. today. In less then 14 days we will know. That is for those of us who does not look at the price and start complaining and whining about that. Just mentioning it since there are ALWAYS some people complaining about the price of DLC, and those who even is NOT buying it because of the fact it is not ALREADY IN the game.

Anyway, looking forward to it coming. We will also not see all these pages and whining about when it will finally be out. Believe it. Most people will shut their mouth. Lol.