I have just defeated the Great Unclean one on The Martyr, my character started the campaign at level 54 and during the fight I leveled up to 55. I had the mission set on "impossible +5".
Right after I defeated it, it dropped a whole bunch of relic loot and credits, most of which my character was able to reach. But for some reason he can't walk on the stuff to collect the last two items that spawned. A relic Demolition Armor and 5000+ credits. I've attached a screenshot. Would love to get that Armor more than anything.
Please let me know if there is a way.
Thank you!
May the Emperor Protect
-Bailtech 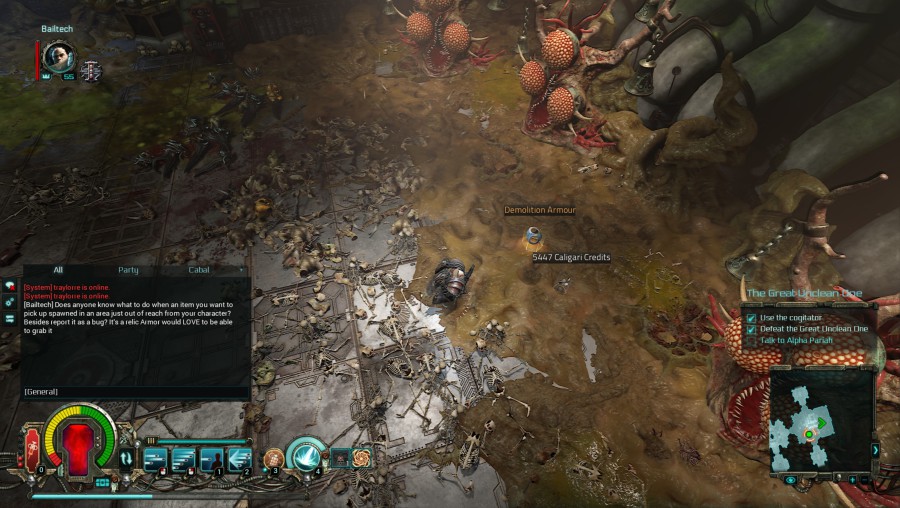 Comment
Store Page
Share
previous post back to community page next post
1 comments
Featured comment
Relic Armor spawned just out of reach of my character- Incredibly frustrating
Your Thoughts? Please login to place your opinion. Not a member yet? Register here and now!
1
Staff Member

We got a similar report just some time ago and as we checked, only by ticking the auto-loot option can you get the items in such cases. We will correct the problem as soon as possible, sorry for the trouble!
Please check your ingame messages, we sent you some compensation!