Out now on PS4 and Xbox One: 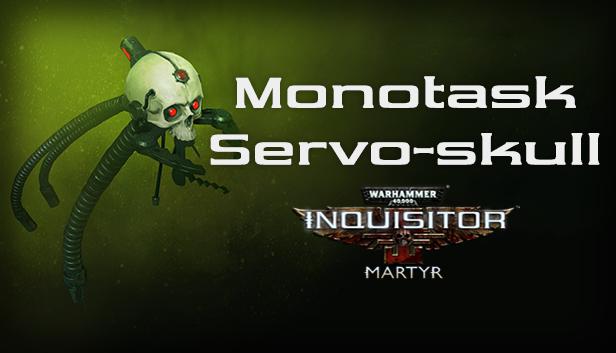 An Inquisitor is required to keep track of  immense amounts of facts and data. It is therefore common that they use logic-engine equipped servo-skulls for such tasks.

Get it now for both the PlayStation 4 and Xbox One versions of the game, and as usual, it's free for Season Pass owners.

Note: it will appear later for the Asian versions (including Japanese) of the game.

This post was edited 3 years 193 days ago by Tender
Comment
Store Page
Share
previous post back to community page next post
5 comments
Featured comment
Newest Oldest Best
Save This Order
Set this current order state as My default.
Order Save Options
Out now on PS4 and Xbox One: Monotask Servo-skull
Your Thoughts? Please login to place your opinion. Not a member yet? Register here and now!
1
TriSa
3 28
3 years 166 days ago
+0
0
Azmodeus

no time will be wasted for PC players while they wait a month or so .. dev' will surely fix more bugs 'n improve the PC performance :).

I second this motion. Either extend the time between updates for the PC or shorten the gap for consoles (or both) so that all platforms are on the same schedule as was the original plan.
1
Staff Member