Subsectors in the Caligari Sector

In the last post we covered how the Caligari Sector will look like in Warhammer 40,000: Inquisitor – Martyr. The sector overview is the highest and broadest of the four zoom layers, but you’ll use it less frequently. So let’s take a step forward, and zoom in on a subsector, which is even more interesting in terms of gameplay. 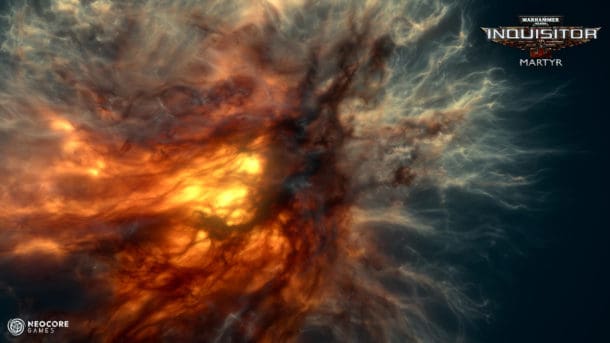 You will gradually unlock more and more solar systems to explore and complete quests within. Different solar systems will have different characteristics, such as the prevalence of enemy types, or the frequency of certain kinds of missions.

Tamás Mélykuti, our Senior Engine Coder explains the process of creating the imagery:

“I received concept art of subsectors, and they mostly depicted nebulas, so the most important task was to create a colourful mist-like formation that is also believable in terms of calculating light, isn’t homogenous and can be navigated through with a camera. 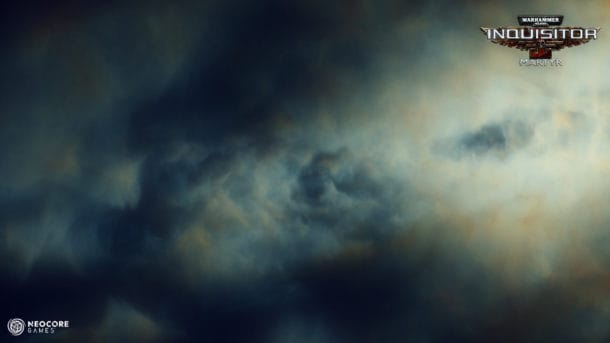 Like with the sector overview, I wanted to avoid sprites, they can be easily spotted, and it was difficult to create a whole nebula using them. I used the galaxy-generating code used for the sector map, and instead of pouring in 8 million stars, I stirred 200-400 million particles. Stars now not only shine with light, but they overlap and “shadow” each other. Rendering half a billion particles isn’t going to exactly be running in 30 FPS, so I divided the nebula to 10-20 slices, rendered them and with a special blending, I laid them out next to each other. These slices were a bit spatially distorted to align with the shape of the nebula, and the result is quite convincing.”