Missions no longer spawning in subsectors for all characters

I'm playing seasonal psyker and was farming influence in the tenebra subsector.

I've done all the missions for the Aethon and Dagnor systems. For 3 days now, those missions do not respawn, which means those systems do not have any missions anymore. The other systems where i have not completed all missions have been refreshed.

This seriously hampers my ability to progress as the random missions list contains too few of the systems i want to farm and there difficulty is of course a lot higher which limits the tarot cards I can use to receive a higher amount of influence upon mission completion.

To my surprise, when i switched from my seasonal psyker to my non-seasonal assassin, the Aethon and Dagnor systems also showed empty, even though i haven't played those systems with my assassin.

I've attached an image to show exactly what i mean. This is not game breaking but of course not really helpful either ;)

I'll refrain from completing all missions in a system for now. 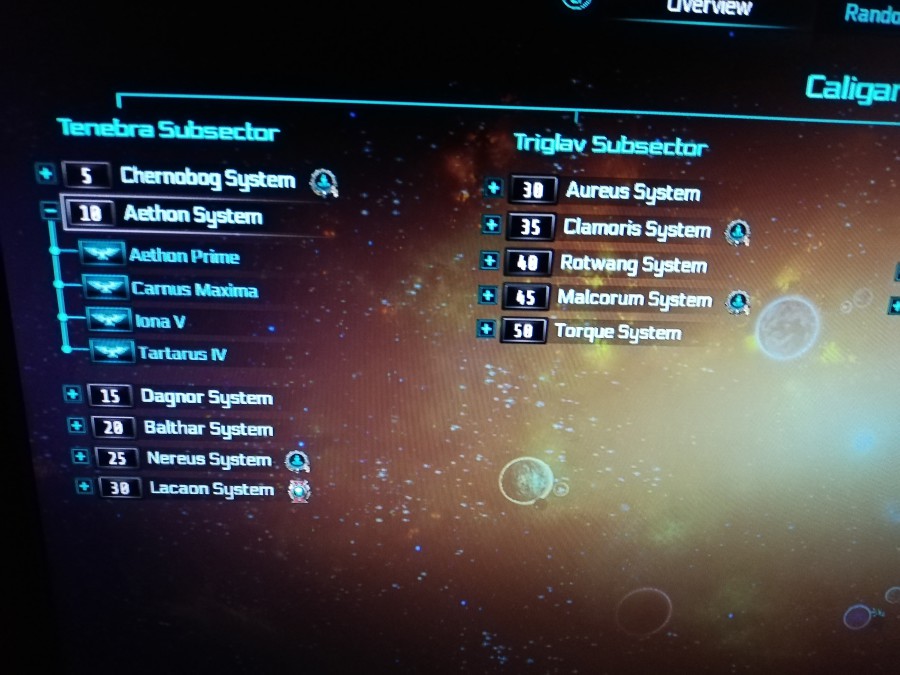 This post was edited 1 year 42 days ago by Heruceva
Comment
Store Page
Share
previous post back to community page next post
6 comments
Featured comment
Newest Oldest Best
Save This Order
Set this current order state as My default.
Order Save Options
Missions no longer spawning in subsectors for all characters
Your Thoughts? Please login to place your opinion. Not a member yet? Register here and now!
1
Staff Member

Godlike
Marcopolocs
67 5272
1 year 41 days ago
+1
1
Heruceva
Honestly, we haven't yet found any connection in this matter. There were reports about this but we could not deduct any conclusion so we are still in the dark.

@BROTHER KUNDARI‍ has a good eyesight so I will give a try to the empty system. Maybe that leads us somewhere.

Thanks for getting back and the tip too!

I just checked and all my characters now have missions again for Aethon and Dagnor.

Thanks a bunch for fixing this so fast! You guys rock! Again! :)

Just for my information, is there something I did that might have caused this or just a case of Murphy?

What you state seems correct behaviour to me.
For as long as I've been playing, missions do not refresh right away but seem to refresh according to a daily schedule.
That would be fine by me, but in this case, after systems have been emptied of missions, they don't seem to refresh at all anymore.

However, it seems some action was taking and I'll confirm later if I notice new missions in the Aethon system.

Thanks for your feedback. I'll keep you posted.

Godlike
Marcopolocs
67 5272
1 year 42 days ago
+1
1
Could you please check if you can see new missions in the Aethon System now? There should be a couple new ones:)