Think the Guardsman you met in the random event are carry a rifle, the model is Lasgun, but it firing ballistic rounds 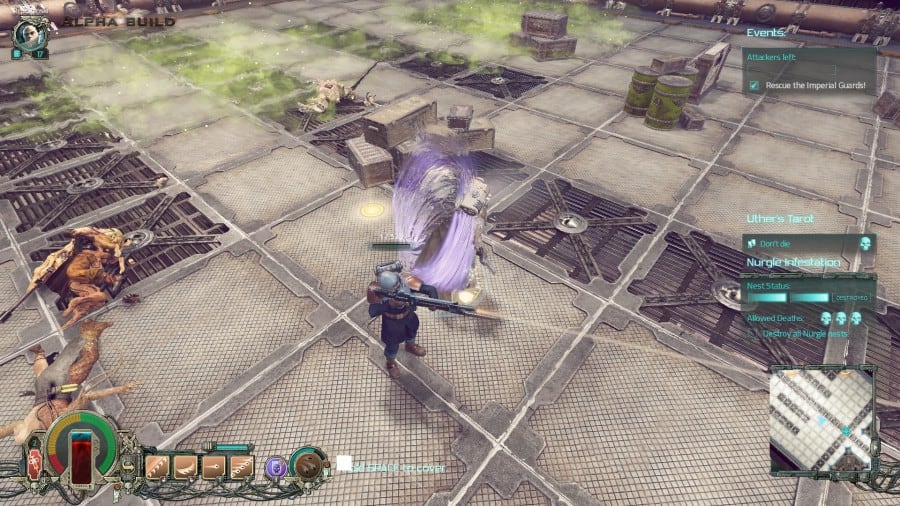 and this is the Guardsman you recevic from the investgate mission, those three are correctly carrying Lasgun and firing laser. 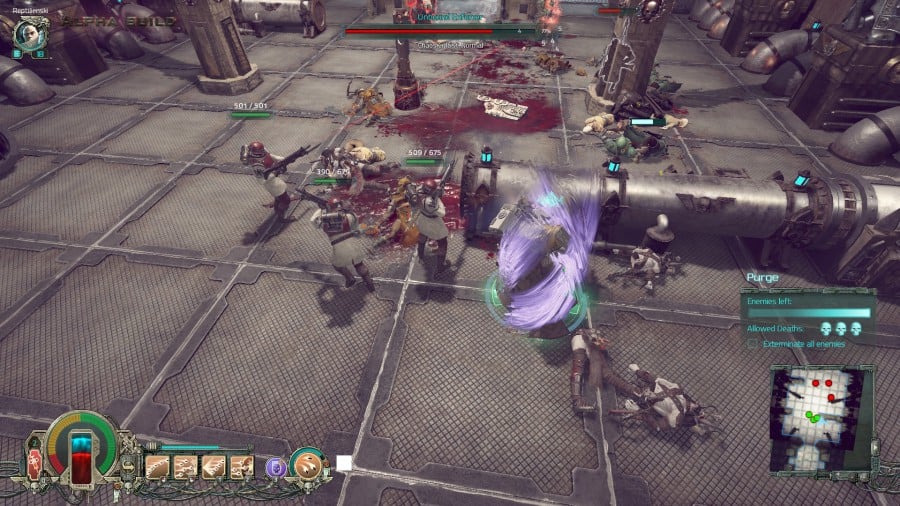 not sure weather this is a bug, but IMO Imperial Guards are mostly issued with Lasgun as standard weapon, so it would be better for them to use Lasgun, and also its clearly could tell the in game models are all Lasgun not Autogun

I think the "Guard" you meet in-mission are likely to end up being PDF troops, and thus would be more likely to carry their world's production autoguns (as a lore excuse for why yours are shooting autogun rounds, I haven't seen that yet in rescue sub-missions but it's certainly odd) as opposed to Munitorium-mandated lasgun patterns (easier to supply a less standardized munition on the homeworld/in the home system).

Just helping maintain your suspension of disbelief so you can more righteously smite the heretic, purge the mutant, and burn the xenos!