Now that King Arthur: Knight's Tale Early Access is out in the wild it is time to see what's next! But first, we'd like to thank you for the tremendous amount of feedback we've got from you. We're really grateful for all of your suggestions and bug reports, whether it was a few words a longer doc or comment with pros and cons or recorded footage. While we're debating how brutal the nerf for ranged heroes and Sir Kay should be (just kidding), we also complied a roadmap for the coming months, since the plan from the beginning was to update the game during the Early Access period too.

The first version of this roadmap below shows these planned updates and the major features coming with them. The contents of each update might change, but as you can see, we're planning to add a lot of new content to the game during this period as well. As we're getting close to these dates, we'll update everything with more info and release patch notes too, including all the minor changes or additions. 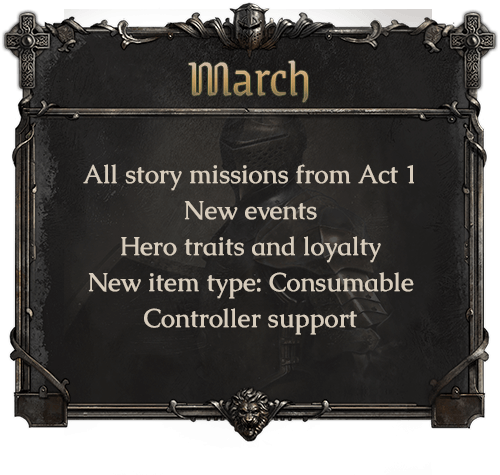 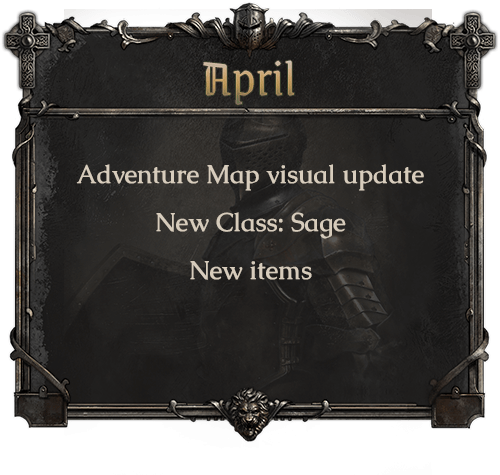 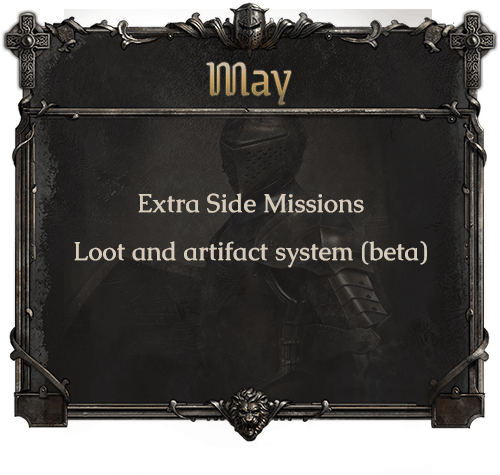 We're planning to go with monthly updates, starting with a late February update, that is already knocking on the door, coming out on 23 February. This first big update will add a new class, the Vanguard, a scout-type class with two one-handed melee weapons, who can also hide and ambush enemies from cover, as well as new side missions, new items and will expand the level cap. It'll be followed by at least three more content updates in the next few months, adding even more features, missions, items, and even story - although we don't want to spoil much of the story till the full release;) And of course much more is coming after May, but let's just not get ahead of ourselves.